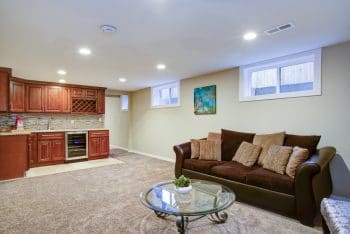 The movement to accessorize Portland with accessory dwelling units (ADUs) is growing. Portland is now one of the “friendliest” places in the United States to build an ADU, defined as a self-contained living space — whether detached in the backyard or incorporated into the existing building footprint.

Why are ADUs so hot in Portland?

Portland has garnered some national attention for the rate at which accessory dwelling units are popping up, and of course social media is full of them because they tend to be cute and attractive! For more practical reasons, ADUs appeal to homeowners because:

Given that Portland has been adding around 10,000 residents per year, it’s not surprising that in 2016, the city issued about one ADU permit per day! It’s not just homeowners who are seeing the advantages to building more housing. In the past two years, private as well as public initiatives have stepped up to assist those who cannot afford the up-front cost of building an ADU yet have the space and desire to do so. Let’s take a look at what an ADU actually is and whether you should add one to your Portland home this year.

Tiny Houses vs ADUs in Portland

While the aesthetic and simple lifestyle associated with these structures may be similar, legally, there’s quite a big difference. Specifically, tiny houses are not legal as permanent dwellings in Portland as of this writing. Because they are typically built on a trailer that can be moved, they’re classified as RVs, and these cannot be lived in for extended periods of time (although the city of Portland is reportedly relaxing its enforcement of this rule).

Still, if your intent for the structure is to rent it out and earn some extra income, getting a permit and following the building code to build a legal ADU will be worth your while. You can get the ADU covered by your homeowners’ insurance policy, and when future buyers come to view your home, they may view a permitted, fully functional ADU as an enhancement that’s worth paying a little extra for.

Should you build an attached, or detached ADU? The answer really depends on the property. If your backyard is deserted a weed patch begging for development, a detached ADU could be perfect. For other homeowners, it might make more sense to finish the basement as an ADU, or build something in the attic or over the garage with a convenient exterior staircase. Check out the City of Portland’s website for detailed information on the requirements for each type of ADU.

Is your home or piece of real estate right for an ADU?

Portland State University’s Institute for Sustainable Solutions has released a new survey that reveals the untapped potential for ADUs in the metro area. They found that 30% of tax-assessed lots in Portland are “prime” locations for ADUs. This translates to nearly 71,000 new housing units. The number of ADUs already existing in Portland? A mere 1,800. Talk about untapped housing potential!

Before we get too excited, you should know that there are some restrictions on ADU development in Portland. According to the Bureau of Development Services, though all residentially zoned lots are eligible, an ADU cannot be added to a lot with a duplex or housing type other than single-family home. And Portland city code limits the number of unrelated family members who can live in a household to 5, including anyone living in an ADU on the same lot. Be sure to verify any project with the city before attempting.

For most homeowners, adding an ADU is mostly a lifestyle choice. Living in close proximity to a renter — be they a family member, college student, or small family — is not for everyone. Homes with alley access are ideal for ADUs; renters can come and go without passing through the front yard of the main house. Other recommendations for detached ADUs are:

How much does an ADU cost in Portland?

Many factors go into determining the cost of building an accessory dwelling unit, from square footage to the amount of sweat equity a homeowner can invest. Then there’s the cost of re-landscaping for backyard units, and furnishing for short-term rentals if that’s the desired goal.

General estimates for standard backyard ADUs run around $150,000, but in the Portland State University survey, 43% of homeowners said they paid less than $100,000. In terms of development fees to the City of Portland, there’s some very good news. This year the Portland City Council voted to continue to waive development fees for builders of ADUs, saving homeowners in the ballpark of $12,000 to $20,000 per year, according to Portland Business Journal. Check the Portland city website for details on the waiver, including the stipulation that the ADU can’t be used as a short-term rental.

How long does it take homeowners to recuperate their upfront costs of building an ADU? The return on investment so far is encouraging. The average monthly rent for an ADU in Portland, as reported in the PSU survey, is $1,157 (without utilities). Short-term ADU rentals in Portland go for between $50 and $200, depending on the location and other amenities. Most homeowners surveyed calculated that the unit would take between 6 and 10 years to pay off, whether as a short-term or long-term rental. To build the ADU, most tapped into savings or took out a home equity line of credit.

A new Portland startup, Dweller, is aimed at helping more homeowners ride the ADU wave. They front the cost of purchasing and installing a prefabricated ADU in Portland backyards, then hire a property management company to rent out the unit and split the revenues with the homeowner. Homeowners have the option to purchase the unit down the road.

Another initiative through the non-profit Enhabit does the same thing, but rents the units to those in need of low-income housing for five years before giving the unit to the homeowner. The project is still in its testing phase, but interested homeowners can sign up for updates on Enhabit’s website.

Ready to find your perfect ADU-ready home in Portland? Our top 1% Portland buyer’s agent can help.

Which Portland Suburbs are Growing the Fastest?