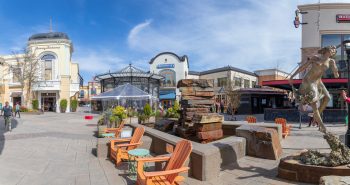 Driving around Portland’s metro area, it can be difficult to tell where one city ends and other begins. What some home buyers don’t realize is that some suburbs of Portland aren’t even cities at all.

Should that matter to home buyers? We think so! Governance has a huge impact on quality of life and will impact your real estate investment down the road. City governments are local and tend to have better responsiveness for their citizens. Taxes collected locally will go directly back into the community.

Of course, that doesn’t mean you should avoid buying a home in an unincorporated community, but there are some things to be aware of. Unincorporated communities (also known as census-designated places), are governed by the county. The three main counties serving the Portland metro area are Multnomah, Washington, and Clackamas, and there are suburbs in each that are unincorporated — even though some, like Bethany, are heavily populated! While counties provide many of the same services to their unincorporated communities that a city would (road maintenance, fire department, etc.), these areas can feel more dispersed and less like a “community” than the name would imply.

Another potential downside of living in an unincorporated community is that zoning may be less consistent. Cities are planned; unincorporated suburbs are usually not. This means that, depending on the zoning where you buy your home, neighboring land owners may be able to put in a condo development, a farm, or a truck stop. Whether you buy in a city or not, always ask your real estate agent for a zoning map and understand what the zones allow.

Of course, some home buyers may prefer to live in an unincorporated community. Municipal amenities may not be as important to these buyers, especially those who commute to Portland or another city every day. Often taxes are lower in unincorporated areas and there can be less governmental red tape.

But for those who do prefer the cohesiveness, convenience and structure of a suburban city, the Portland metro area has plenty to choose from. In fact, most Portland suburbs already belong to a city, and they range in character from rural farming towns to pulsing tech hubs.

We took a look at the quality of life as well as real estate market strength for Portland’s neighboring cities: Here are your best bets.

Nobody can resist the magnetic draw of Oregon’s sixth-largest city, just to the west of Portland and home to Nike headquarters. Its well planned neighborhoods house a diverse populace, and its schools, parks and job opportunities are all excellent.

One of the best things about Beaverton is that it’s so easy to get around in. Neighborhoods score high for walkability (as ranked by walkscore.com) and have good bicycle amenities, too. Commuters love the MAX for getting to downtown Portland without a car in under an hour.

The real estate market in Beaverton is strong. According to Zillow, home prices have gone up 1.7% over the past year, and the current median home value is just shy of $392,000. And Oregon Live, after analyzing summer 2019 data on home sales, named South Beaverton the most in-demand neighborhood in all of the Portland Metro area: Homes spent an average of just 21 days on the market during this time period.

One of the things people love most about city life is having access to a vibrant downtown. Tigard delivers with historic blocks that have been recently revitalized to provide a mix of retail, restaurants, art and public spaces. With a population of over 50,000, Tigard has a robust and well performing school district, but less crime than average for a city its size. (The picture in this article is of Bridgeport Village, a modern day shopping center in Tigard.) Tigard boasts abundant parks and trails for walking and cycling.

The one thing Tigard residents might say their community lacks is accessibility to regional transportation corridors. A plan to extend Portland’s MAX light rail system southwest to Tigard in the next few years could transform the real estate market here. Currently, Tigard homes are slightly more affordable than those in Portland, and moving quickly.

Given the name, it’s no surprise that niche.com ranks Happy Valley as its top Portland suburb that’s also a city, and #3 on its list of best places to live in Clackamas County. And the secret’s definitely out: Happy Valley has grown more than any other city in Oregon since 2010, though it’s still one of Portland’s medium-sized suburbs at just over 21,000 residents.

Proximity to Portland combined with some affordable options has been Happy Valley’s winning formula, but there’s more to the city than that. Its schools are excellent, and smart planning means that there are plenty of parks and amenities along its suburban blocks. Most of all, Happy Valleyans love the access to Mt. Hood and the Clackamas River, both for views and recreation opportunities.

Milwaukie could be considered Portland’s little brother for being right next door (southeast along Highway 99E) and having the same kind of hip, urban feel along with beautiful classic homes up in the hills. There’s a reason Portland built a MAX line out to Milwaukie in 2015; it’s the place Portlanders look first for the increased safety and affordability of the suburbs. Ironically, real estate values have gone up in Milwaukie ever since, and home sales were speedy this summer with 19 days on market being the average. About 20,000 people now call Milwaukie home.

Located right on the Willamette River, Milwaukie boasts riverfront parks and a quaint downtown. It’s served by the North Clackamas School District and has great schools.

For those seeking a small town within a stone’s throw of Portland, it doesn’t get much better than Fairview. With a population of just 9,000 and its own selection of shops, parks and historical sites, Fairview maintains a small community feeling and attitude.

Just because it’s small doesn’t mean there aren’t things to do — Fairview is along the I84 corridor between Portland and Troutdale along the Columbia Gorge, the region’s outdoor recreation hotspot. Gresham is another major city nearby with all the urban amenities.

Homes in Fairview are affordable but gaining value quickly. Zillow estimates that home values will go up by 2.7% in the coming year!

Are you looking for a home in the Portland metro area? Our top 1% Portland buyers’ agents are happy to talk about living in an unincorporated community versus a city, and answer any other questions you may have! We are here to serve you, not pressure you, so contact us today.

Portland Property Taxes to Rise in 2020