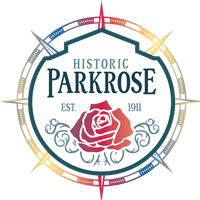 Nestled in Northeast Portland, close to the hip Hollywood District and a short commute to downtown, Parkrose has just about anything a homebuyer could want in a Portland neighborhood. But what is it, exactly, that sets Parkrose apart as a real estate hot spot in 2019?

1. It’s even more affordable than you think. This summer, we did the research and brought you the ten 10 Most Affordable Neighborhoods to buy a home in Portland. If you haven’t read that blog post yet, here’s a spoiler alert: Northeast Portland, especially the Parkrose, Parkrose Heights, Hazelwood and Argay neighborhoods, are the most affordable in the whole city right now. Zillow estimates the median home value to be around $330K for this area, but don’t expect prices to stay there: Home values went up more than 2% in Parkrose Heights last year. That’s the reverse of the trend in Portland overall, where prices went down by 1.9% in the same time period.

2. It’s diverse and historic. Forty percent of Parkrose residents identify as people of color, and the neighborhood regularly celebrates its diversity through community events and festivals. The area has gone through many changes since being established as a farming and residential suburb of Portland in 1911. While the large trees and historic homes of a planned suburb, Parkrose was annexed by the city in 1980 and today is home to just over 6,000 people. About half own their own homes, and the population tends to be slightly younger than Portland overall.

3. Employment opportunities are growing.  Once known as the “Gateway to the Columbia River Gorge”, Parkrose is also the gateway to Portland for anyone flying into the airport. The Port of Portland owns the regional transportation hub known as PDX, which employs more than 10,000. But there are other opportunities in Parkrose as well, from agriculture to online retail. Check out the Venture Portland feature on Parkrose to learn more about the business community in this neighborhood. Historic Parkrose is another association promoting quality of life and business opportunity in the area.

4. It has its own schools. Want to live in Portland but don’t want to deal with a massive school district? The small-but-efficient Parkrose School District serves the neighborhoods of Parkrose, Parkrose Heights, Hazelwood, Argay and Russell. From one 1885 schoolhouse, the district grew to the four elementary schools, one middle school and one high school it has today! Beginning in 2011, all of the elementary schools were renovated, and the middle school was completely rebuilt in 2014. Parent involvement in the district is encouraged, and even those without children can benefit from buying a home near Parkrose High: Its 25-yard, eight-lane pool is open to the public.

5. It’s about to get safer. We’ll admit it – while certain older pockets of Parkrose can be nice to walk in, going to a transit station or to the grocery on foot can be intimidating. In particular, 102nd Avenue, a major North/South corridor, has long been known as a high-crash street. But a project that is already underway will soon improve conditions for drivers, cyclists and pedestrians on this street, adding a center turn lane, a bike lane, and – potentially – more sidewalks and “pedestrian refuge” islands. Improving walkability has major potential to boost real estate values in Parkrose even further. Read more about the project in the Portland Tribune.

How Many Real Estate Agents Are There? 2019 Update