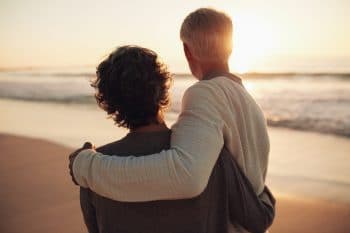 Portland might not be first on your list as the best place to retire in Oregon. After all, the state of Oregon has it all: beaches, snow-covered mountains, semi-deserts, semi-rainforests, rivers, lakes, and more.

But, in the 65-and-better community, the buzz is all about Portland being a great place to retire! According to the AARP’s Livability Index, Portland is the second-most “livable” city on the West coast, coming in right behind San Francisco (with much higher affordability scores than the SF Bay Area). Portland also ranks highly for opportunities for community involvement, walkability, and transportation, while nearby communities like Beaverton frequently make top-ten lists for “Best Place to Retire”.

According to the Oregon Office of Economic Analysis, the next decade will bring significant growth in the segment of the Oregon population aged 65 or over. This retired or soon-to-retire populace will increase at a rate three times as fast as the 25-44 age group, which is the typical age of first-time home buyers. As a result, Portland real estate agents are expecting to see more second or third-time home buyers. They are looking for homes that will adapt with them in this changeable period of life.

With this knowledge at hand, how can Portland home buyers and sellers take advantage of the demand retirees will place on the real estate market? Let’s start by getting a better idea of what the 65+ homebuyer is looking for.

The Perfect Portland Home for Retirement

Roger and Bernice are coming to Portland from the Midwest after five years of retirement. Their son has settled in Lake Oswego and they have two daughters in Seattle. They are looking forward to a milder climate and the opportunities to enjoy a variety of indoor and outdoor activities year-round in Portland.

These two are in good health at 67 and 69, but they are also looking to the future when getting around won’t be quite as easy. Still, like 90% of seniors surveyed by the National Aging in Place Council, they hope to live out the rest of their lives at home. (“Aging in place” means living in the residence preferred by an individual; often times it is used to refer to aging at home.)

Roger wants to live near a golf course. Bernice would love to be a stone’s throw away from an excellent library. Both place a high priority on being close to their son, and less than ten minutes away from a hospital or 24-hour emergency clinic.
What other neighborhood features are vital to aging in place? According to the AARP, homes in neighborhoods with plenty of grocery stores are more livable than those far from the nearest onion and gallon of milk. As Roger and Bernice get older, they anticipate driving less, so being able to walk to life’s necessities will be a huge bonus for them.

If you’re thinking that livability for seniors sounds a lot like livability for just about anyone, you’re right. Neighborhoods with more parks, lower crime rates and less pollution also score higher on the AARP’s Index. It’s one of the key ideas behind the “aging in place” movement: Everyone deserves to live somewhere they feel safe and where they don’t have to travel far to get what they need. What’s important to a 60-year-old will only become more so to a 90-year old.

Living in the perfect neighborhood won’t suffice to allow Roger and Bernice to stay at home as they age. The house itself must integrate some important design principles. Just like the move toward healthier neighborhoods, these principals are being embraced by architects and real estate agents everywhere through the concept of Universal Design.

Universal design is the idea that the best possible design is one that is both attractive and easy to use. Flat, “panel-style” light switches are a good example. They can be switched with the side of the hand, knuckle, elbow, etc. In other words, they’re easy to use. Compare that functionality to the old “toggle-style” switches. While a person with fully functioning fingers may have a hard time understanding the difference, anyone who has ever lost full use of their hand — even temporarily — can appreciate the larger, flat switches.

Of course, when most people think “housing for seniors”, they picture a flat, ranch-style home with a wheelchair approach. But most dwellings in Portland aren’t one-level, nor would Roger and Bernice or other aging home buyers necessarily turn down a home with stairs and thresholds. What they’re looking for is the ability for the home to adapt with them as they age. Can the thresholds be removed? Would the stairwell accommodate a lift? Can the step-in shower be replaced with one that is level with the floor?

Considering a home remodel before putting it on the Portland market? Let aging inform your decision. Talk to your contractor about universal design, especially for kitchen appliances or if replacing flooring. Bathrooms are a sticking point for many senior home buyers, and you may reconsider adding a clawfoot tub if you’re hoping to sell your home in the next five to ten years. Check out this list from the National Association of Home Builders to learn more about aging-in-place considerations.

There’s a big push toward Accessory Dwelling Units in Portland right now, to add housing through infill while forming multi-generational communities. For example, a family may live in the main house while a college student rents the tiny house in the backyard. Or, we are seeing homes on the real estate market now that are actually two or three units disguised as one. These setups can be perfect for bringing in an aging parent — or any senior in need of housing. It’s the old “granny-flat” or “mother-in-law unit” concept adapted for 2030 and beyond.

Curious about how to market to the new wave of Portland home buyers? Contact your Portland real estate agent today.

6 Steps to Stage Your Portland Home Like a Pro