Are People Moving Out of Portland? 2021 Population Update 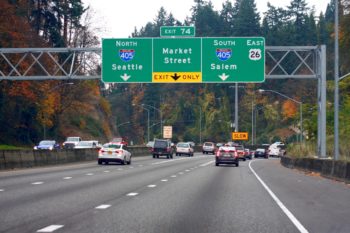 It’s fair game to say that we’ve had quite a dramatic year here in Portland. Between the pandemic and the protests, many may be wondering if folks are moving out of Portland in search of safer cities or quieter suburbs.

When it comes to this hot button topic, some trends you may have seen in the news may include:

Rest assured, we won’t be diving into the political nitty gritty these issues often end up in. Instead, let’s take a look at the facts, and reliable analyses of these facts, to get a good idea of what the trends are for Portland’s population.

According to Portland State University’s Population Research Center, both the greater metropolitan area and Portland city proper did grow in population in 2020. When taken together, Clackamas, Columbia, Multnomah, Washington, and Yamhill counties added a total of 18,670 new residents since their 2019 study, a 0.9% increase. Portland city proper gained 7,575 people, an increase of 1.1%.

These numbers indicate that there’s been a decline in growth from previous years. From 2018 to 2019, the greater metro area increased at a rate of 1.2%, while Portland grew at a rate of 1.3%. While the population growth overall has slowed, though, it’s still a net positive. We may simply be in a stabilizing phase.

Ever since the influx of migrants from California began, Portlanders have been getting used to the trend that people keep moving to Portland. From 2015 to 2016 the Portland city limits saw a gain of over 14,000 people, nearly double what we saw this year, at a considerably higher rate of nearly 2.3%.

Looking at these numbers, it’s clear that growth is leveling out at least for now. But there is no evidence (yet) of a precipitous drop compared to 2018 and 2019. For scale, it’s useful to keep in mind national data. For example, the Brookings Institute has recorded a trend of declining large city populations in the latter part of the decade. Many of these declines are much more drastic than what we see in Portland.

While the narrative that millennials gravitate toward cities persists with reason, national numbers give no reason to expect city growth to be higher than suburban growth. Certainly, cities have made a great leap in popularity over the past decade. That the once booming suburbs took a hit is clear. But the Brookings Institute’s numbers still have the suburbs slightly edging out their primary cities’ growth rates over the course of the decade.

As we noted, there has been a general slowing of population growth throughout the region. However, as always, a few notable spots stand out.

While Multnomah and Washington counties have lost some ground, they still both hover around about 1% growth. Clackamas County, on the other hand, has seen more of a dip, trailing the others.

Likewise, many of the surrounding suburbs, such as Beaverton and Gresham, have seen only slight change. Tigard, though, added over 1,000 residents at a growth rate of 2%. On the other hand, Lake Oswego’s population growth flattened out after a big gain from 2018 to 2019.

But Is Portland Safe?

Amid such turbulent times, it’s easy to spin population fluctuation like a story ripped from a prime time drama. But are residents fleeing Portland after a difficult 2020? Now let’s address the concerning trends we listed to start.

Portland Condo Sales Are Down

If condo sales are down, is it because the pandemic is scaring buyers away from crowded city buildings? Well, of course it’s possible that the virus could be a factor in this trend. But RMLS data shows that the condo market was slowing down before the shut down.

Since correlation is not causation, there’s no way to say for sure that the pandemic is the cause of slowing condo sales. Additionally, houses are flying off the market faster than ever as the supply can’t meet the demand. This suggests that homeowners are not moving out of the city.

We can speculate about residents shunning smaller city spaces in favor of more spacious suburban housing. But we won’t really know the full ramifications of cabin fever until restrictions are lifted. Even if the declining condo sales are related to covid-19 life, that pendulum may very well swing strongly in reverse once the city’s night life is up and running again.

Is Portland Crime Up?

According to their count, the number of offenses in Portland has not seen any significant spike over the past year.

Other resources, such as BestPlaces, also confirm that what was true last year seems to be true now as we move into 2021. Portland remains a city with property crime rate higher than the national average, but its incidents of violent crime continue to fall below the national average.

There’s no getting around the fact that the pandemic has caused economic uncertainty in Portland, a city known for its vibrant dining and entertainment scenes. To an extent, we’re all still playing a game of wait and see.

Amid all that worry, however, some encouraging statistics have emerged. According to the Josh Lehner, writer at the Oregon Office of Economic Analysis, 2020 did not see a significant drop in the number of applications for new Oregon businesses. This means start ups are still holding strong. And data from the Oregon Unemployment Department shows that the unemployment rate is falling much faster than it did after the last recession.

Population growth in both the suburbs and in city proper is leveling out, but there’s no reason to believe that the city is in danger of faltering. Though much of the Portland real estate market remains up in the air at the start of 2021, the demand for homes doesn’t appear to be slowing anytime soon. Looking at homes for sale in Portland? Check out our favorite new tool.

As for long term projections, it’s hard to say what will happen once restrictions lift. The Population Research Center’s data only goes through July 1 of 2020, so we’ll have to wait until next year for the second half of the year’s hard data. Another resource to wait on is the American Community Survey. Conducted by the Census Bureau, the ACS gathers detailed information year round about our communities. With statistics gathered during all phases of the pandemic, it’ll be sure to give us a more nuanced picture of the changes in Portland over the past year.

Whether you’re looking to relocate to Portland from out of state or escape the city hubbub for the Portland suburbs, we can help you find the right home. Check out these top 1% Portland buyer’s agents.

How Much Does Portland Staging Cost?