Best Cities to Live in Close to Portland 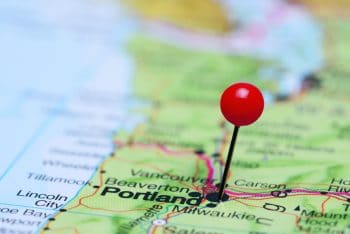 Are you looking for a great place to live but don’t think Portland is a perfect fit for you?
Boy, have we got options — and I’m not just saying that because I’m a real estate agent!
Money Magazine and retirement advisor SmartAsset both released research last month that highlighted two fantastic places to live that are very close to Portland.

Beaverton, a city of 94,000 nestled in the hills west of Portland, has received a lot of media attention in the last year, and it’s well deserved. This most recent accolade from Money Magazine puts them in the Top 10 Small Cities in the United States. (Portland was named “Best Big City in the West” in the same report.)
What makes Beaverton so special? Money listed off a few good reasons: diversity, affordability, good schools and a strong foodie scene (not as strong as Portland proper, but it is still there). All cities on the list had populations between 50,000 and 300,000, and Beaverton came in at #9.
If that’s not good enough for you, how about #1 in Oregon? The same Money Magazine report put Beaverton at the top of the list for “Best Places to Live” in the state.

As a real estate agent, I see lots of home buyers looking to Beaverton for a slower pace of life that still gives them high quality of life we have here in the Pacific Northwest. The economy is strong in Beaverton not just because Nike headquarters are there, but also thanks to several tech companies bringing in a solid job base. It’s a great place to raise a family — and invest in real estate.

Another perk: From Beaverton, Portland is just a short MAX ride away. As a real estate agent who cris-crosses the city every day showing homes and meeting with clients, I’m just as happy to list or show a home in Beaverton as in Portland.

On the other side of Portland, nestled around picturesque Oswego Lake, is a city with about half the population of Beaverton but with great buyer appeal.  In particular, Lake Oswego is one of the best places to retire in Oregon according to SmartAsset. See Best Places to Retire in Oregon.

What is it about Lake Oswego? SmartAsset ranked the city high for the number of doctor’s offices, recreation and retirement centers per capita as well as the percent of the population that senior citizens represent – in Lake Oswego, a whopping 17.5%. Another factor they took into consideration was the effective tax rate for seniors, and all the contenders in Oregon came in at 8.7%, better than the national average of 13.1%.

In addition, Lake Oswego is known for its variety and selection in housing types. Although real estate values in Lake Oswego are generally higher than other Portland-area communities, you can find many condos and townhomes, or classic craftsman-style homes on spacious lots. Add to that a transit time of less than an hour to Portland via bus, and a half-hour by car, and you have a community ripe for real estate investment, retirement, or first time home buyers.

Considering a move to the Portland area? Want to get out of the city? Your top Portland Real Estate Buyers’ Team is here to help!