Do Solar Panels Increase the Value of a Home in Portland, Oregon? 2023 Report 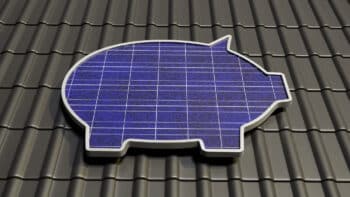 There have been a number of national studies on the impact installing solar panels has on home value. But, as one might imagine, there is likely a strong regional effect. Installing solar panels in Arizona might be a lot more desirable and have a greater impact on their home values, than adding solar panels to a home in the cloudy Pacific Northwest. So it is important to have some local research done, so a homeowner knows what the home value impact will be where they live, in this case Portland, Oregon, which is also likely to reflect the impact of solar panels on home values within its greater region – the Pacific Northwest. (We conduct many other regular research reports on what causes a home to sell for more or less in our area.)

The Impact of Solar Panels on Home Value Nationally

One of the largest studies every done to study the impact solar panels has on home values was conducted by Berkeley Labs in 2015. The study spanned millions of homes over eight states and found that homes with solar panels sold for $15,000 more on average than those that did not. Notably though, none of the eight states researched were located in the Pacific Northwest.

The National Renewable Energy Laboratory (NREL) also conducted a huge research study for the Appraisal Institute in 2008, which states that home value increases $20 for ever $1 reduction in utility bills. So a solar system that saves a homeowner 1,000 a year, would increase the value of their home by $20,000. This study is cited often across the web. The study did include one PNW location, Seattle, WA, and concluded the savings there would only average out to $150 a year, increasing the home value by a measly $3,000 according to their own formula. The state of Oregon wasn’t included in this study. Also, dated back in 2008, this study is fairly dated now.

The above two studies are often cited in the myriad of copy-cat articles you can find on this subject online. Since neither one conducted any research in Oregon, it becomes even more important for us to do a little research.

The Impact of Solar Panels on Portland, Oregon Home Value in 2022

In the last three months, all detached homes sold in Portland for an average price per sq. ft. of $293 and took an average of 49 days on market to go pending. They sold for a median price of $550,000 and their median sq. ft. size was 2,027. (Obviously the Portland real estate market has cooled off recently.)

Solar Panels Help Homes in Portland, Oregon to Sell Faster and For (a little) More

In the last three months, homes with solar panels in Portland sold 12% faster and for 1.4% more per sq. ft. Price per sq. ft. is a better comparative measuring stick in this case, as homes with solar panels had higher average sq. ft. counts than those without. A 1.4% increase in home value for a median priced home in Portland of $550,000 means an increase in home value of $7,700. Not that much, but better than the 2008 study conducted in Seattle, which only saw a $3,000 home value increase. Certainly, as that study would attest as well, the home value increases would be higher in other states outside of the Pacific Northwest. Thankfully though, it can be said here in Portland, Oregon that solar panels do cause homes to sell faster and for (at least a little) more.

Sell a Home with a Top Agent

My team has been selling homes in Portland for 20 years. In that time my small team has closed on over 2,000 home sales. We charge less than the local average in commission, and we pay more to market our client’s homes so they sell faster and for more. Plus, we conduct regular research on the market, so we know exactly what impacts a home’s value and what does not. We’d love to connect with you today. Chat with the bot on this site, or give our main line a call at 503-714-1111. Let’s talk!