Homeowners Overestimate Home Value as much as 150% 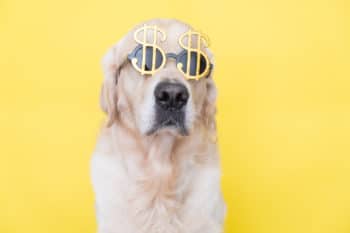 If you’re thinking of selling your home, you’re probably wondering how much it has appreciated since you bought it. According to a survey conducted by Rocket Homes, which polled 2,058 homeowners, if you were to guess, the accuracy of that guess probably depends on how long you’ve owned your home. (Learn more about the survey’s methodology.)

When someone buys a home—probably the biggest investment of their lives—they naturally expect that the home will build equity and grow in value. It’s a reasonable expectation to have, after all, but the rate at which that value builds depends on a number of factors: location, neighborhood comps, the home’s age and condition, updates and upgrades, and the state of the current market, to name a few.

Before you read on, make a guess about your home’s current value, compared to its value when you bought it, then continue on, and see if you match the conclusions outlined in the survey results.

Now, let’s break down the findings.

In brief, what the Rocket Homes survey discovered is that the more realistic estimates of appreciating home value typically belong to those who have owned their homes for 1-2 years with the least realistic estimates coming from those who’ve owned less than a year. (Side note: We would never recommend selling your home less than a year after buying, however, we know that sometimes, there’s no getting around it.) Regardless of your situation, it’s important to stay on top of how your home is increasing in value.

The graph below shows the percentages of homeowners’ overestimates when anticipating home value appreciation.

Those who owned less than one year estimated the increased value of their home at 10.2%, but the real appreciation rate was only 4.1%—a whopping 150.8% overestimation (based on when the survey was completed). On the other hand, those who bought their homes 7-10 years prior estimated a 33.7% increase, with the real appreciation value at 46.6%—a 27.7% underestimation. Homeowners who bought 1-2 years prior to the survey had the most accurate estimations, overestimating by only 19.4% (which is still a lot).

As mentioned above, the economic period during which people purchased homes is one factor that has an impact on their home appreciate value estimates.

So, why the higher overestimations from those who have owned less than one year? Considering the rapidly rising prices the market has consistently seen over the past couple of years, along with the lack of inventory resulting in a white hot seller’s market, not to mention historically low interest rates, it stands to reason that those who bought during this unprecedented time would anticipate higher returns on their homes at a faster rate. Another factor is if the homeowner also sold a home before buying their current home less than a year ago, they likely saw significant appreciation in their former home, compounding the overestimation of their estimate.

When folks in this group bought their homes, they did so right before the COVID-19 pandemic market boom started. That was a time when both good to low interest rates and good affordability were available to them, which means they’ve probably gained quite a fair amount of value in their homes in a short period of time.

Buyers in this group bought their homes well into the economic recovery that followed the Great Recession. So, not only did their homes appreciate from that time, they also increased in value from the recent boom.

It’s interesting that, of all the groups polled, this one underestimated their home’s value. It’s likely due to the fact that when they bought their homes between 2011-2014, home prices were still gaining back any losses seen in the recession, but the not-so-distant memory of the recession was still on their minds, leading them to more conservative estimates.

The table below shows the differences, in percentages, between the expected and real home appreciate values by the four designated groups.

To get even more specific, the table below shows how each group of those polled estimated their expected sales price, compared to their purchase price, in dollar amounts.

In the end, the survey found that most homeowners generally have a fair idea of their home’s appreciation even when being somewhat over-optimistic.

Thinking of Selling Your Home and Curious about its Current Value?

One of the best first steps anyone can make when thinking of selling their home is to contact an experienced licensed real estate agent. Not only will they help you determine the current value of your home, but they will also help you through every step of the process. There’s a lot to think about when putting your home on the market, and we’d love to help you on your real estate journey. Call our top 1% seller’s team today at 503-714-1111 or chat with the bot on this site. And if you also plan to buy another home in the Portland metro area, our top 1% buyer’s team is also ready and waiting to serve you.

How Big Should Your Next Home Be? Essential Guide