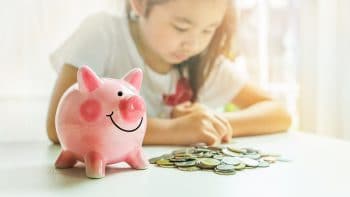 Home prices are up in Portland, but so are wages and new jobs. As homes and real estate increase in value, and Portland loosens the rules to allow for a variety of housing development, we may see a flood of new homes (or at least apartments) on the market. Does all of this mean that the real estate market in the City of Roses is getting more, or less affordable for the average home buyer? Should you sell your home now, or wait?

Portland Home Values Up in 2018

Let’s start by looking at the most recent RMLS data. One sign of an affordable housing market is an abundance of homes on the market. When demand outstrips supply, prices tend to go up, and this has been happening at a breathtaking pace for the past several years in Portland. In 2017, however, the Portland housing market loosened up a bit, and the real estate market did not appreciate that much, only around 7%. The Portland real estate market forecast for 2018 is even cooler, estimated price appreciations are at around 5%.

With the release of the first RMLS report of 2018, we’re seeing a new surge of homes on the market, a sign that homeowners are responding to higher-than-ever home values in Portland. Last year, the median home price in Portland was $350,000; in the first month of 2018 it climbed to $390,000. As sellers added homes to the available pool, inventory also went up, to 2.2 months.

It seems that Portland’s climbing home values have cooled the real estate market – but how much is too much? It’s hard to say when buyers will turn elsewhere, and as long as Portland has the wage and job growth to keep up, that day may never fully come.

In fact, wages in Oregon have been increasing at a relatively strong rate in recent years. And, according to Oregon state economist Josh Lehner, our manufacturing-based economy is well positioned to keep adding jobs and increasing wages through the coming decades. That’s because Portland’s manufacturing economy is centered around aerospace, metals and semiconductors — products that aren’t going away anytime soon.

Speaking of the future, the Portland area has gained the nickname “Silicon Forest” because of how strongly it has embraced the technology sector. In fact, part of Portland’s Central City 2035 plan is to encourage the development of an “Innovation Quadrant” between OMSI, Oregon Health & Science University, Portland State University and Portland Community College, providing space where researchers and entrepreneurs can collaborate. These innovations, the city believes, will eventually attract more high-paying tech and research jobs.

Good incomes are not enough to keep housing affordable – the homes must be there in the first place. Fortunately, the real estate market is not the only place that homes come from. Portland-area developers are also building new houses, mostly as infill in existing urban areas, according to a recent report from Metro.

New homes going in to replace old ones (while keeping an eye on historic preservation where possible) is a good sign that Portland’s building and development rules are finally lining up with the city’s need for housing. According to the Metro article, from about the 1950s on, code restrictions limited new structures to two types: Large multifamily units (apartment buildings), or single-family homes. This created the “missing middle” for housing that we’ve discussed on this blog before. Today, over 70% of the Portland metro area’s housing stock is single-family units, an option that today is unaffordable to a lot of young families in Portland.

Over the last ten years, infill rules have loosened a bit, encouraging the development of additional dwelling units (ADUs), duplexes, triplexes, cottage-style lots (where several small homes share a lot) and other back-to-the-future structures. Now Portland neighborhoods are more likely to be a mixture of single family homes and buildings that host two, three, four or more families.

Of course, every city must grow over time, and Portland is poised to do so. Over the past 20 years, the urban growth boundary has slowly expanded to include 42 square miles around the edges of the city. Metro points out that this area would encompass two Beavertons, or 420 Oregon Zoos!

New housing developments have sprouted up in these 42 square miles. One need only visit the Villebois community in Wilsonville or Washington County’s North Bethany area to observe that these modern suburbs bear little resemblance to the cookie-cutter developments that surround other US cities. Instead, these communities host micro town centers, where residents can go shopping, eat out, take care of medical and family needs, all without traveling more than a mile or two.

With new homes being added in Portland’s older neighborhoods as well as its brand-new ones, housing shortages may not be so severe in the coming years. While Portland will remain a popular place to buy a home, we may see affordability numbers start to even out across income levels.

Housing affordability is impacted by hundreds of factors, from mortgage rates to the cost of home insurance. In any given situation, the availability and cost of public transportation, school tuition, food and home maintenance costs can affect housing affordability as well.

Some of these costs are difficult to factor in, but last year Zillow released a report on the “hidden costs” of housing that attempts to cover the basics. The average American homeowner, the report found, spends close to $10,000 a year on the everyday expenses that come along with owning a home. Most significant were:

Fun fact: Portland ranked second highest nationally for the cost of those “optional” services. For house cleaning, lawn maintenance/landscaping, carpet cleaning, gutter cleaning, pressure washing and HVAC maintenance, Portland homeowners are spending an average of $3,674 per year, second only to Seattle. Obviously, this is a hit to housing affordability in the city. The good news is, a lot of these projects can be done by homeowners for a lot less. The other good news is that due to the moderate climate, average utility costs in Portland are much lower than the national average.

Curious how much Portland home you can afford? Most people save money when they use a top ranked buyers’ or sellers‘ agent. Call us today!