Improve Your Portland Neighborhood with Grants! 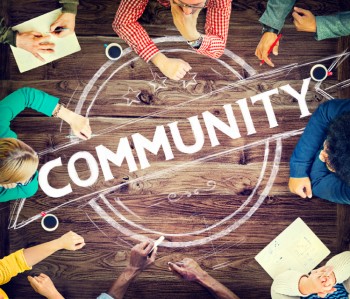 North Tabor resident (and Neighborhood Association Board member) Michael Andersen was sick of certain streets in his SE Portland neighborhood lacking sidewalks. In particular, Oregon Street. However, funding for sidewalks doesn’t seem very likely to come through from the City of Portland, given that there are dozens of streets in the city in line for their own sidewalks, he writes in the North Tabor Neighborhood Association blog. So he and his fellow board members came up with a clever plan: Instead of making the road pedestrian friendly, they would eliminate the road altogether and replace it with a park.

I love this concept and it perfectly illustrates how innovative Portland homeowners take initiative to shape their neighborhoods and therefore their quality of life – not the other way around. The fact that there is community support (ie funding) for these type of projects makes it all the more exciting.

The support I’m referring to comes from the Southeast Uplift Neighborhood Coalition. This organization exists to “assist the citizens and neighborhood associations of Southeast Portland to create communities that are livable, socially diverse, safe and vital”, according to their website. In pursuit of this mission, SE Uplift provides a number of support services, including an annual Neighborhood Small Grants Program. Now in its ninth year, the program provides between $300 and $4,000 to projects organized by SE citizens who have a vision for improving their neighborhood.

Michael and the North Tabor Neighborhood Association applied for a grant and received just over $1600 to start engaging their neighbors in the planning process to make this park a reality. This July 16th, they’ll hold a block party to get people out and thinking about possibilities for Oregon Street, which promises to be a lovely new green space for this fantastic little Portland neighborhood.

Yes, this is definitely a dog-friendly city, but I’m talking about Portland Underground Graduate School, aka PUGS.

It isn’t a project of Portland State, Lewis & Clark, or one of the many other fine, accredited institutions of higher learning we have here in Portland. PUGS provides high quality courses to anyone who wants to take them for under $100. It’s not about earning a degree or boosting your income — the point is simply to let knowledge enrich your life.

Courses currently available through PUGs include Gender and Digital Identity and Portland History Through Architecture, which promises “class discussions ranging from classic Portland buildings to the latest trends in contemporary architecture and issues surrounding neighborhoods in transition.”

PUGs applied for the SE Uplift grant to offer courses specifically to people of color in SE Portland. The courses aim to share knowledge that will make legal and political systems more accessible and sow the seeds for grassroots change.
This proposal ended up receiving one of the largest SE Uplift grant awards, $4,000. An interesting real estate connection is that PUGS’s founder, Douglas Tsoi, wrote a blog post recently where he lists five experimental bucket-list items he did the year after he was laid off from his job. Starting PUGS comes first, but down at number three, Tsoi says he bought a Portland home to convert into a rental.

“I believe that living simply and investing allows you so many more choices in life,” he writes.

“This year, I spent a few months purchasing a house and overseeing its renovation. It’s an investment that will provide regular monthly income to me and my family.”

Innovative genius — some people start great non-profits that bring education to the masses, other people buy homes and put their money to work for them, and some do both!

Portland: Ready for Anything

Speaking of smart moves, amongst the cultural and community enrichment grantwinners were two that focused on a much more basic need: emergency preparedness.

Every city has its pending natural disasters, whether it’s as simple as a blackout or as devastating as a major earthquake. Unfortunately, it’s easy to push these eventualities out of our day-to-day worries. The result is that communities usually lack basic necessities to survive for a few days or weeks when services are disrupted.

I don’t think Portland is going to be one of those communities, not if the Sellwood-Moreland Improvement League, Catholic Charities, and dozens of organizations like them get their way. The two I just mentioned got a jump-start with the SE Uplift grants. Residents of the Sellwood-Moreland neighborhood, as well as low-income Southeast Portland residents in Kateri Park and Esperanza Court, are lucky to get first rate emergency preparedness training coming to them through these programs.

SMILE (the shorthand for the Sellwood-Moreland neighborhood association) is making disaster relief fun by hosting an overnight event at the local park. Neighbors can bring their emergency kits and gear out and see what would actually work in case of disaster. In addition, there will be regular trainings and workshops on what to do and how to keep calm when The Big One happens.

Two of the nine grant winners from SE Uplift were neighborhood organizations, not businesses! What’s great about neighborhood associations, which are administered through the Portland Mayor’s Office but staffed by volunteers, is that they’re there to help and connect people — literally home by home. It’s important to distinguish them from Homeowner’s Associations, which are the governing bodies of private developments and also exist within Portland’s city limits. As SMILE states clearly on their website, “We don’t care what color you paint your house, or whether you’ve mowed your grass lately.”

If you’re thinking of relocating within Portland, use the neighborhood association in the area you’re interested in as a resource. Attend a meeting and talk to people who already live there. It will give you the best insight into whether you want to be their neighbor, and who knows — you may get the inside scoop on a home coming up for sale!

To read about the rest of the SE Uplift 2015 grant winners, check out their website. You’ll be inspired to follow your dreams — and if your dreams involve owning or selling a Portland home, contact me, your Portland community real estate agent, today!

Cash is King in the Portland Real Estate Market