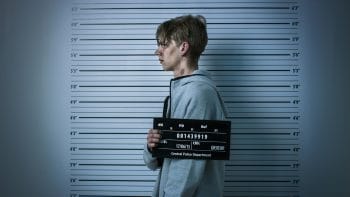 Is Portland safe, is a legitimate question as Portland, Oregon has been in the news often as of late with many hours of newsreels focused on Antifa and Proud boys or Portland’s growing homeless population. I promise this will not be another polictically opinionated piece in response to that question, but a relaying of the facts. I’m a local real estate agent in Portland, licensed here since 2003, and so livability and quality of life, as you might imagine, is one of the most important things to my present and future clients. The question of whether Portland is safe or parts of Portland are safe, is an important one to my real estate profession.

In Portland, Oregon we are very lucky to have a tech-forward police force that provides its citizens with updated and incredibly detailed, searchable city wide crime maps. There are two great ways to access this information:

The website above gives downloadable crime information and breaks down overall crime stats per neighborhood, but does not provide as detailed a map as your next option below.

The Portland crime map above is incredible. It provides detailed crime reports down to the city block level and is very simple to use.

Has Portland Crime been Increasing or Decreasing? 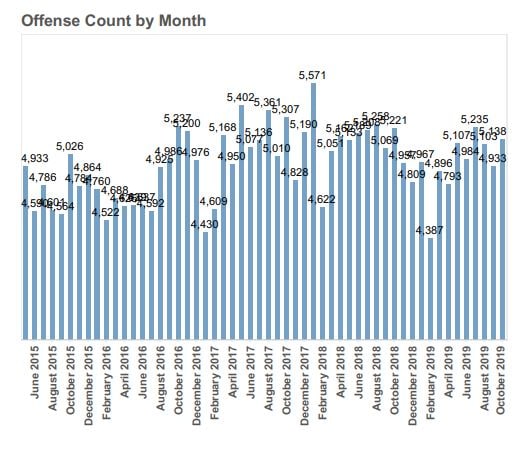 You can see from the Portland provided crime chart that generally speaking in 2015 there were crime offenses each month in Portland in the high 4,000 mark and in 2019 most months were in the low 5,000 mark, an increase over 4 years of about 8%.

But of course whenever you’re doing research you can’t stop with one forumla to get a clear picture of what is happening. In this case, we also need to consider how much overall population has grown in Portland over that same 4 year stretch and the answer is by roughly 44,000 people according to Portland State University population reports. This number gives us an estimate of Portland’s population growth rate of a little over 5% over the same time frame, which in the end means that the overall Portland rate of crime has increased lately, but at an increased rate of less than 3% when factoring in population growth.

So the answer is yes, Portland crime is increasing, but by a very slight amount, certainly nothing resembling what many news reports would try to lead their viewers to believe. That being said, any increase in crime is a terrible thing. I’m also not going to try to suggest as to why there is a slight crime increase in Portland other than reporting the fact that there is a slight increase and not a major increase by any stretch of the available data.

Is Portland Safe compared to other U.S. cities?

According to Best Places and many other sources, Portland has below average violent crime rates per population and higher than average property crime rates (or other non-violent crimes) per population than other U.S. cities. Or in other words, Portland is pretty standard fare when it comes to crime but with more vandalism and theft, and less killing and assault than in other places.

We’ve actually given you all the information in this article to answer that question definitively for yourself based on the incredible public data the city of Portland already provides. If you take a look you will notice a significant majority of Portland neighborhoods have incredible low crime rates (and feel free to compare that with any place else in the country). The city of Portland is very safe compared to any other decent sized city in America, but like any other sizable city in this country has sections of the city that are not as safe as others.