How long does it take to sell a home in Portland? 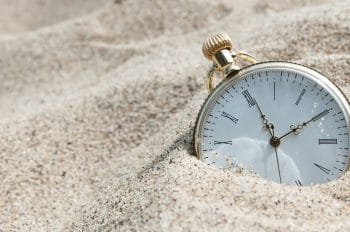 How long to sell a home in Portland? The answer is probably a lot longer than you think. Before I get into the answer, I’d like to quickly mention that we beat the local averages. These are not my numbers, the numbers in this article are averages for all the home sales in the metro, using all the different Portland real estate agents out there.

Average time to sell a home in the Portland metro in 2017.

Now when we say average time to sell a home, we are counting the days from the first day of the listing to the day the sellers accept an offer from a buyer. We are not talking about the average time it takes to close a home sale that is already agreed on and in escrow, that is around 45 days and is a relatively stable figure. The above is from RMLS, our local source for regional home sales. The above is the average time to sell a home in the greater Portland metro.

Yes, some neighborhoods and suburbs sell faster than others. But if you think that the average home in your neighborhood sells in a few days, you might want to reconsider that position. Let’s take the fastest overall month so far in the metro in 2017, June.

In the hottest part of town (and it has been for a number of years now), North Portland, in the middle of the hot summer real estate market, the average home still took a full three weeks – on average – before the seller accepted an offer from a buyer. That is the cold, hard data.

So why do so many Portlanders believe their home will sell immediately? Well, first off they love their home! They are the ones that bought it after all. Second, it is easier to focus on the positive, the homes they see sell quickly, rather than the ones that are sitting. Third, the news media focuses on the sensational. A home sitting for a couple months with no offers is not sensational. Our local newspapers and news stations regularly publish articles on home bidding wars and use the most extreme examples they can find in their reports.

In fact, many homes do not sell at all. In another one of my recent Portland real estate market reports, I calculated that 83% of Portland’s (city proper only) vacant homes sell, 75% of seller occupied homes sell, and 63% of tenant occupied homes sell. That is a 17%, 25%, or 37% failure rate. There are an awful lot (thousands) of homes that enter the Portland real estate market each year and don’t sell at all. They cancel the listing and give up.

I believe the Portland real estate market needs a little dash of reality. And in fact, it is slowing down. If you look at population reports from 2015 to 2016 to 2017, less people are moving here. In fact, the Portland metro is no longer the faster growing city center in Oregon. We still have plenty of healthy growth, but it may be time to temper our market expectations. The real estate market is good here and unlikely to slow down significantly anytime soon, but it isn’t the whirlwind so many local news reports make it out to be.

Make your Portland Home Energy Efficient and Get Cash Back

The Code of Ethics for Realtors in Portland