New Home Construction Dropped in Portland 2020, Will it Recover in 2021? 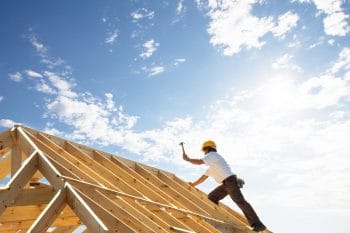 Like everything else this in 2020, new construction in Portland was hit by the pandemic, but signs are already pointing to a healthy recovery in 2021.

To understand what’s going on with the new construction market, let’s take a look at new construction permits that have been issued, under review, and finaled (meaning the building was completed) in Portland, and compare those to previous years.

Here are the new residential construction permit numbers for the first nine months of 2020, direct from the City of Portland database. So far this year:

As you can see from the chart below, 2020 will be a five-year low for new home construction in the Portland metro area. Only three-fourths of the total number homes that would have been built in a typical year, have been built this year. Although construction was not as hard-hit by the pandemic as other sectors of the economy, the overall economic instability we saw this spring caused many investors to pull their money from new home developments, according to the Portland Business Tribune.

However, going into 2021, there’s good reason to expect that new construction will bounce back. Over 500 permits were issued in 2020 that have yet to be built out. That backlog will likely be added to the calendar next year, and if the dollars keep flowing into Portland, we’re likely to see even more residential new construction in 2021.

What about new home construction outside the City of Portland?

Smaller cities surrounding Portland don’t have online records of the total numbers of building permits they issue, but we do have data from Washington County Building Services. Just like Portland, they saw a drop in new residential construction this year. In 2019, they issued a typical 785 permits. In the first 6 months of 2020, just 250 permits were issued – around a third less than normal.

Overall, we’re seeing fewer homes going up this year in Portland, but that’s after several years of strong housing growth. There are plenty of new or recently built homes out there, and some new suburban developments now under construction.

Will New Home Construction Bounce Up in 2021?

It is hard to say. Buyer demand will likely be there. Interest rates will still be low. New zoning rules in Portland allow for up to six units per lot. There are a lot of positive reasons why new construction would boom in 2021. However, there are a lot of solid reasons why new construction will not boom. Housing material costs are up. Labor costs are up and there are shortages (in this field). Most city and county governments are way behind on issuing and finalizing permits. We do not know when and if they will catch up. Many projects have already been stalled a year or more as builders wait for the backed up local government to get around to their project.

Where to Find New Homes in the Portland Area

The “new residential construction” data for Portland is a bit misleading. Only 307 of the 720 permits finaled so far this year in the City of Portland were for traditional single-family homes. The rest were accessory dwelling units (174 permits), townhouses or duplexes (165) or some other structure added on to an existing home (74). Within its urban growth boundary, Portland has few remaining buildable lots, and with a recent revision of the building code to allow more “missing middle” housing, smaller structures make up the majority of new construction here.

However, Portland suburbs offer more selection in the single-family home department, and more bang for your buck.

Despite the low inventory of new homes, for many this is still a good time to buy a new home because interest rates are low, and digital tools make it easier than ever to find your dream home without leaving your current one. Our top 1% Portland buyers team is experienced in helping home buyers purchase new construction and has extensive knowledge of all the major local home builders in town.

What is a Zillow Real Estate Agent?