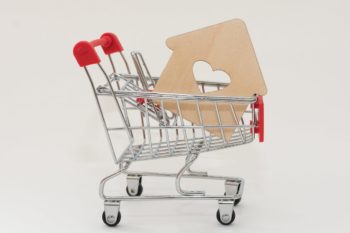 Housing affordability is a universal and complex topic. So is the global pandemic we’re all navigating. Portland’s shortage of inventory hasn’t helped housing affordability over the past year, nor has it shown any signs so far of slowing. When it comes to buying a home in Portland, how should prospective buyers wade these troubled waters?

First and foremost, let’s educate ourselves. How is affordability calculated, and how does it affect the average buyer? What are the primary forces influencing the market right now? The more you understand about the Portland real estate market, the more you’ll be able to cash in on the most affordable home for you.

How Affordable Is Portland Real Estate?

According to the latest RMLS data, possibly our most trusted source for Portland real estate news, affordability in Portland has stayed fairly level over the course of the year after jumping up last spring (typically prices skyrocket in spring and level out later). Their affordability index shows us how Portland fares against the rest of the country – 100 being the national average. The below shows Portland is a little less affordable than the rest of the country right now. Also if we posted a national chart here you’d see that affordability has dropped in the U.S. right now due to nationwide low inventory, so the impact is higher than perhaps this chart will visualize (since the chart below is only comparing Portland’s to a national rate).

The latest graph shows a slight change in December of 2020 indicating a lower affordability in comparison to the rest of the country. But overall, Portland’s affordability rate stayed fairly level. While it’s true that Portland currently weighs in at about 130 (meaning, 30% higher than the national average), that’s not uncommon for a major national city.

Using Best Place’s data for cost of living, we found that Portland falls below the median of seven other major US cities: Chicago, New York, Austin, Seattle, and Denver. Their metrics put Portland at about 30% above the national average. The median of these major cities came in over 50% above that average. So while Portland is over the national average, it’s not a huge leap from many other smaller popular cities. San Francisco comes in at a staggering 169%, in fact! No wonder Californians come here.

How Is Affordability Calculated?

Affordability can sound like a buzz word. Clearly it’s important, but what does it actually mean? Well, funny that we were just talking about medians. The American Association of Realtors uses median income to determine affordability, assuming a 20% down payment and 30 year fixed rate mortgage. But the purpose of a median is to cancel out outliers (very high or very low numbers) by instead averaging the two middle numbers.

In this case, then, the data considers Portland affordable for households that make $92,100 as of 2020. One thing a median doesn’t figure in is segments of the market. The median is only one determinant. Let’s take a closer look at how Portland shapes up as an affordable Pacific Northwest city in 2021.

Portland Remains an Affordable City for Some – Not All

Compared to many other cities of size, Portland is a pretty good place to be right now. The pandemic has been hard on everyone, but Portland’s economy has been holding up well considering the circumstances.

While the average home prices have been steadily increasing (see the graph below), this hasn’t blown up the RMLS assessment of affordability. This means that a lot of folks in Portland are increasing their salaries.

For buyers, things could also be looking up as delayed inventory could turn into a flood of homes on the Portland real estate market this summer. While this summer is still up in the air, if folks have been holding off on listing their homes due to Covid-19, there just might be a buyer friendly wave on the horizon, even if that is this fall or next year.

Meanwhile construction is recovering more quickly than it has in previous recessions. These numbers, from the Oregon Office of Economic Analysis, seem to show that construction of new residential housing is on the rise. But there is no breakdown of what kind of construction is being done. While likely residential, current construction is less likely to be geared towards low income buyers in the current economic climate.

The Bad: The Pandemic Will Hit Low Income Buyers Hardest

Remember when we were talking about affordability for those earning the median income? What about those aspiring homeowners who fall below the median? For the unemployed or underemployed, this year (plus) may spell a real setback. That down payment might just turn into funds for daily necessities.

This graph, provided by the OOEC, shows the disparity between unemployment levels at what is deems the lowest wage level (under $40k). Note, though, that the highest level is anyone who makes over $62,000 annually. That’s a considerably lower number than the $92,1000 that RMLS numbers determine is the mean income in Portland.

The Murky: Housing Affordability in Portland Depends on Vaccine Roll-Out

That doesn’t just affect buyers. Sellers who have been waiting to list their homes may flood the market, while buyers chomp at the bit. The norms of when the best time to buy and sell a home in Portland may hold true. But likely they’ll be disrupted to a degree.

In the meantime, many first time home buyers may find themselves set back. But not having as much of a piggy bank as you thought shouldn’t stop you from buying your new home. If you find yourself wondering if you don’t have enough to make your down payment happen, check out these down payment assistance programs. You never know what a little helping hand can do to get you in your dream home.

And speaking of – we’re here to give you that assist too. Our top 1% buyers agents are here to assist anyone in the market to buy a fantastic Portland home today. If you’ve been waiting on listing your home for sale on the Portland real estate market due to COVID19 or any other factors, our top 1% sellers agents would love to advise you on the best time to make your next move.