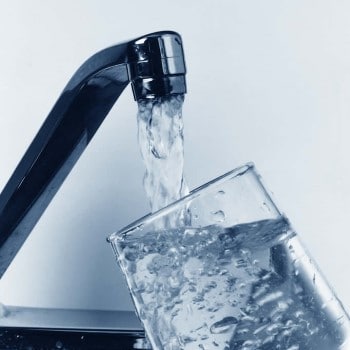 Many home buyers come to their Portland real estate agent with concerns about potential hazards and unseen risks in the Portland home they have their eye on.

And well they should! Just because a home looks perfect on the surface doesn’t mean you shouldn’t dig a little deeper, especially if it’s an older home.

Based on the experience of a Portland real estate agent, I’ll be doing a series of blog posts on home buyer tests – simple ways for you, the home buyer, to know if materials like lead, asbestos and radon are a problem for a given Portland home.

Let’s start with lead. Once considered a great base for paints and water pipes because of its corrosion-resisting properties, lead has been found to cause abdominal pain, headaches, cognitive difficulty, and a variety of other health issues in humans and animals. Although lead was banned from use in paints and pipes in the United States in the 1970’s, many older homes still contain lead, and it’s important for home buyers in Portland and anywhere to know whether they could be exposed.

Recently, lead in the water pipes of Portland homes made the news when the Portland Water Bureau noticed a spike in lead levels in some homes. Although Portland has some of the tastiest and best drinking water in the country, when it sits in lead pipes, it can pose a danger. This February, the Bureau issued a warning after a round of tests of drinking water in Portland homes found more than 15 parts per billion of lead. It also published a list of steps to reduce lead exposure from water. This is most worrisome with infants who are drinking formula, it is a high water ratio, high level of potential lead exposure in relation to their tiny body mass.

Lead-based paint is a more visible concern to Portland home owners and buyers – unless, of course, it’s buried under years of new paint coats. Still, home remodeling projects could exposed contaminated paint, sending dust into the air and into your lungs. If the paint on an older home is chipping and it contains lead, the paint chips can pose a hazard to children and pets, and you definitely don’t want to be eating any plants grown in soil near the house!

How do you know if the Portland home you’re considering buying contains lead? First, check on the year it was built by looking at the title or checking in with the home appraiser if you’re to that point in the home-buying process. (A good home appraisal will also red-flag potential lead exposure.) If it was built 1978, the EPA recommends testing house paint and soil for lead contamination from lead-based paint. The EPA has a list of approved lead testing kits. Your Portland real estate agent can also provide you with the official EPA pamphlet on Lead Based Paint for new homeowners.

If your home was built between 1970 and 1985, the Portland Water Bureau does free drinking water testing to test for lead contamination from pipes. To find out more, see their website.

I hope this blog post will help Portland home buyers and owners feel safer and more knowledgable about one of the most common risks with older homes! When it’s all said and done, most sources of lead around Portland homes and buildings have been identified, and there are easy ways to protect yourself once you know. Don’t let fear of lead keep you from buying the Portland home you’ve always wanted – contact me today to get started!

Best time to sell a house in the Portland real estate market.