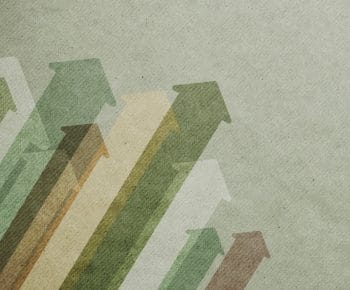 Quicken Loans has been putting together a yearly report on the difference between seller estimated value and actual appraisal value and the results are illuminating.

Portland Home Sellers – Is your home worth more than you think?

A Quicken Loans study found that US homeowners tended to overestimate the value of their homes in 2019 by about half a percent (0.50%). But the situation is a lot different in Portland, where rapidly rising home values have left homeowners pleasantly surprised about what their home is actually worth.

In the same study, which looked at 27 major metropolitan areas across 50 states, Quicken found that Portland homeowners tended to underestimate the appraised value of their home by a quarter of a percent (0.26%), or about $1200 for a median-priced home.

This number also changed over time, as the following chart of the US average of the sellers’ home price perception versus appraised value shows. In the years following the 2009 real estate market crash, appraisals were coming in much lower than what sellers thought their home would fetch on the market. Then, when home prices started gaining rapidly again (2014), appraisals came in higher than what homeowners initially guessed. Since then, things have been a bit more equal.

In this 2019 report sellers in Portland believed their home value was worth slightly less (they almost got it spot on) than it actually is, bucking the national trend. This is not always the case with Portland, but sellers got it right in general in 2019 at least.

One takeaway from this ongoing research is that appraised values and homeowner values rarely match up, they fluctuate back and forth. Seller vs. appraiser opinions of home value can be tracked in national and regional trends. The seller is can be influenced by news and perception and the appraiser is primarily directed by hard numbers.

Sellers, if you want to get the most out of your home investment, it is critical to price it right from the get-go. That means not just looking at the Zestimate (read our report on how wrong it is), but consulting with a real estate agent who is experienced in selling homes like yours. We hope you’ll contact us today to speak with a top 1% sellers agent in Oregon or Washington.

What is appraised home value?

In case you need it, let’s make a distinction between seller’s perception of value, appraised value, and the final sales price. Homeowners, whether interested in selling their home or refinancing, may do some market research and figure in the cost of recent upgrades before estimating the value of their home. Appraisers perform a similar process but with the benefit of professional experience in valuing homes, along with access to data on what other, similar homes have sold for in the area.

Before the appraiser ever comes along, home sellers and realtors sit down and put an “asking price” on the home. Also known as the listing price, this amount may be adjusted down if the home sits on the market too long, or adjusted up by eager buyers willing to pay “over asking”. Appraised value doesn’t play into the equation – yet.

When an interested buyer does come along, they put in an offer on the home somewhere around the asking price. They can go lower, but when the market is hot, they may go higher. Now the appraiser’s valuation of the home becomes important, because the lending institution is also making the investment. They don’t want to put more money into the home than they can get back out in the event that they have to foreclose. They also don’t want to appraise too low and risk losing their customer (the home buyer). So the appraiser uses every tool at their disposal to get as accurate a view as possible of the home value.

At the end of the day, the price that the buyer is willing and able to pay for the home is the home’s actual value. Nobody knows what that number will be until the sale closes, so sellers must make an educated guess (hopefully aided by a good sellers’ agent) about the value of their home at the very beginning of the home sale process. How good are they at guessing? That depends on the agent’s experience and the current real estate market!

Portland Natural Disasters: Riskiest Neighborhoods to Buy a Home in 2020