Portland Housing Supply: Here’s What the Future Looks Like 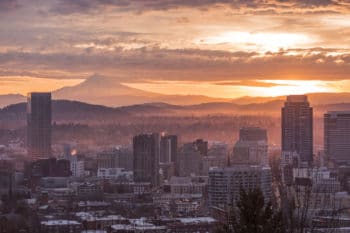 All year we’ve been covering the big real estate story of the pandemic: the lack of single family homes. With inventory at an all time low, and demand through the roof, it’s only a matter of time before buyers begin considering other options – not to mention developers. Now, the current situation in Portland’s housing supply can be at least partly explained by the pandemic.

But with no sign of demand abating, we can also assume that the need for more homes won’t go anywhere anytime soon. Given these conditions, then, what does the future of Portland’s housing supply look like? In the long term, how will single family homes fare versus multiple unit dwellings? What about owners versus renters?

For the closest predictions, we can look to the latest numbers, changes in those numbers over the past decade, and the latest legislation on housing planning. So let’s take a deep dive into what the Portland housing supply looks like right now, as well as how that might change in the future.

Where the Housing Supply Stands: Portland Vs. the U.S. & Apartments Vs. Homes

Let’s get started by assessing what Portland’s housing supply looks like in comparison with national averages. First, let’s talk about something on a lot of people’s minds: single family homes versus big, attached developments. According to the American Community Survey, a publication of the U.S. Census Bureau, as of 2019 single unit, detached dwellings comprise 54.25% of housing units. That hits significantly below the national average of 61.3%. An additional 4.4% of units are single unit but attached (think townhomes). But even that doesn’t make the national average of 58%. Similar numbers reflect home ownership: 53.8% in Portland vs. 64.1% nationally.

On the other hand, 21.5% of Portland’s housing comes from developments of 20 or more units. Now that number shows a huge disparity between Portland and the rest of the country, since the national average fails to even break double digits at 9.7%. Before we start clutching our pearls, though, let’s remember that Portland is a major metropolitan area. It makes sense that there’s a greater concentration of apartment and condo buildings! So while comparing Portland to the rest of the U.S. proves enlightening, it’s perhaps even more important to examine how Portland’s housing stats have changed.

The American Community Survey’s 2010 numbers report that single family, detached homes at the time made up 56.6% of housing units. That means single family homes in Portland have decreased by 3.7% in the past decade. Meanwhile, units of 20 plus dwellings increased by a whopping 19.4%. However home ownership actually increased – just slightly, but still increased – from 53.1% to 53.8%.

These numbers are revealing because they show us that home ownership in Portland shifted long before the inventory crisis brought on by the pandemic. More people began buying attached homes (condos/townhomes) as, presumably, fewer single family homes were available. Also as Portland rental laws and restrictions increased, more single family homes that were rentals, were sold to regular home buyers. Many investors in the Portland real estate market have given up renting out single family homes. Now, since even before the pandemic, the condo market has been struggling. In the last few years the Portland new condo market has approached zero new units for sale. And we won’t have the American Community Survey’s 2020 numbers until the fall. But based on the 2019 data, it’s safe to say more single family homes are now owned instead of rented and in early 2010 more homeowners turned to townhomes and condos.

Like it or not, Portland needs development. Given the housing shortage, the city needs more homes, especially affordable ones. But what that will look like is a question on the minds of many. And that’s understandable; change can happen a lot of different ways, and many folks feel wary that development will negatively impact the city’s aesthetic and character. Exactly what constitutes “character” remains a bit ineffable. But since recent legislation and policy initiatives have a big impact on what development actually looks like, we can look to them to get an idea of what Portland’s future holds.

The Future of Portland’s Housing Supply is more High-rise Apartments and ADUS.

Density. Density. Density. None of these new projects spell the end of detached single-family houses, more of a reduction and a scarcity. The new projects will provide more options for denser housing as the city grows. Some areas, like those targeted by DOZA, will see multi-story, multi-unit developments. Others may see more ADUs. Ideally, these projects will provide more options for more households as the city grows.

What Do These Projects Mean for Portland’s Aesthetic?

For anyone currently horrified that the city will turn into nothing but modern apartment buildings, remember that there are more choices than just that. And here’s some proof.

The above photo is the face of a condo currently for sale in the Alberta Arts District. This home clearly was originally a single family home – built in 1914, it’s a great example of a classic Portland Foursquare. The beautiful character of the building remains, but multiple units mean more housing for more people.

By contrast, this photo is of a detached, single family home, also a Foursquare (and also for sale now). But not a historical one! Despite its class look, this home was built in 2012. We bring this up just to point out that new development takes many shapes and forms. And styles! While plenty of more modern condos will likely pop up around Portland in the coming years, old school still holds its own.

If you’re looking to buy, then, you’ve got plenty of choice when it comes to your personal aesthetic. Contact our top 1% buyers agents today, and we’ll get you into whatever looks like home for you!