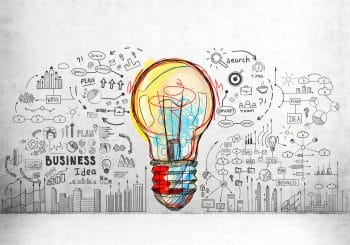 It’s a slight relief for buyers (and potentially disappointing to home seller’s) in a housing market that continues to see an upward trend in median and average home sale prices across the Portland metro region, and continued short market times (59 days is the average so far this year).

That’s our Portland RMLS market action report (subscribe to Portland real estate market statistics here); this month I’d like to cast the data in the light of Portland’s quest for innovation and how it’s influencing our housing availability.

Portland has been following a national trend: as manufacturing and other sorts of blue-collar jobs are pushed overseas, the high-tech industry offers new avenues of employment. But for Portland, innovation has been an economic cornerstone for decades. Companies like Intel have thrived here in the Pacific Northwest and Portland because of our sweet-spot combination of affordable housing and talented workforce.

The Silicon Forest of Oregon and southern Washington attracts the tech industry and their high-paying jobs, which has a direct impact on the housing market. These workers can afford to spend a little bit more on a home, and companies actively recruit individuals to come work for them in Portland, which adds to the need for housing.

Take the Bend, Oregon-based software company FiveTalent, another example of tech jobs on the move that was recently featured in a Bend Bulletin. The real estate market in Bend has seen trends similar to Portland, with the median home price reported in the story at around $400,000 (the Portland median home price in March 2018 was $370,000). Bend is now the fastest growing city in Oregon, taking Portland’s place. Both are hot spots for the west coast tech industry due to relatively affordable housing (compared to Seattle and large California metros).

FiveTalent moved to Portland because they were looking for skilled software engineers and they also wanted them to be able to find housing. Although these jobs can pay upwards of $100K/year, many employees are just starting out and would be first-time home buyers, so they don’t have a lot to spend up front.

As Portland works to attract more tech businesses, it will be important that the city also puts is energy toward building new housing. The growth of the Silicon Forest is real: Portland is now in the midst of building a massive Innovation Quadrant that will extend from the Portland State University campus downtown to the OHSU campus in the South Waterfront District, to Portland’s Central Eastside, which is already thick with tech start-ups and established companies.

The innovation quadrant will be a good thing for the city’s employment opportunities — a recent study published by Oregon economists found that the addition of high-wage jobs also sparks growth around the middle and lower-wage employment brackets, as workers must be added to support the new residents.

Innovation in healthcare, microcomputing, nanotechnology and all the rest is great — as long as Portland also innovates to build new homes in the existing real estate market to help keep housing affordable for everyone.

Is Portland the new California?