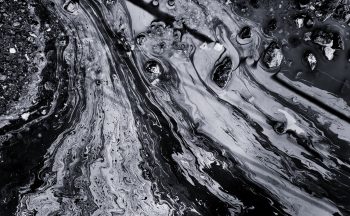 If your Portland home has a heating oil tank, even a decommissioned one, you may need to get a new site assessment and/or certification letter from the DEQ before your home sells. This will come as a surprise to many Portland home owners who paid to have their oil tanks decommissioned in the past.

No, there hasn’t been a rule change. Decommissioning is still voluntary, and the DEQ hasn’t called for mass recertifications — this is purely based on home buyers’ preferences. Over the past few years, there has been an increase in concern about soil contamination from old oil tanks, even those that had been previously decommissioned, and buyers are testing during their inspection period. If soil contamination is found, it’s usually up to sellers to do a cleanup before the home changes hands, and every soil contamination, by law, is reported to Oregon DEQ.

The number of houses with heating systems that use heating oil is declining in Portland. However, according to the Oregon Department of Environmental Quality (DEQ), most homes built before 1970, especially in urban areas like Portland, were built with underground storage tanks for heating oil, the most common heating fuel at the time.

Over the decades, tanks can begin to leak. And even if they are empty, they can be an environmental hazard. According to the DEQ, not only do these tanks contaminate soil and groundwater, but an underground oil tank that has not been decommissioned can pose a fire risk. Residual chemicals in the tank can also vaporize and move into the air, posing a health risk to individuals in nearby homes or buildings.

What does decommissioning an oil tank mean?

Emptying a heating oil tank isn’t the same as actually decommissioning it. According to the DEQ, “‘Decommissioning’ is a generic term for taking a tank out of service by cleaning it, then removing it or filling it in place with an inert material.” Decommissioning can be done by the homeowner or a contractor, but it must be certified by a licensed service provider. Then, soil samples must be collected to confirm that no oil contamination is present. Finally, documentation of the whole project is turned over to the DEQ (with a $100 filing fee starting in 2020), who will issue a letter of confirmation.

What do Portland buyers want to see?

Buyers’ increased vigilance around oil tanks may have to do with the EPA’s 2009 reclassification of certain chemicals found in heating oil. Naphthalene and ethylbenzene were found to be carcinogenic (cancer-causing), and may have not been cleaned up thoroughly enough prior to 2009. For decommissionings done before that year, the DEQ recommends having the soil re-tested for these chemicals. Although recertification is not required by Oregon law, buyers may insist on it being done before moving forward with a home purchase.

Curious about a potential liability or hazard in or around your home? Are you just wondering what your home’s current market value would be? Our top Portland sellers’ team is here to help – contact us any time.