Portland Property Taxes to Rise in 2019 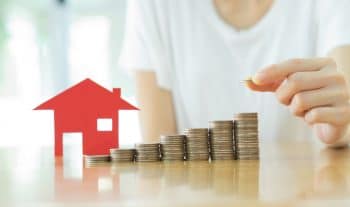 In 2016, voters in Multnomah County (where the majority of Portland homes are located) passed a couple of huge bond measures that are still being felt in property tax increases across the county.

This month, November 2018 – they did it again. A Portland affordable housing bond was approved by voters to the tune of 652 million dollars, that will be added to Portland property taxes.

Let’s take a look at where those Portland tax dollars are going, and what causes taxes to go up every year even when there are no new bond measures.

Portland Property Taxes in a Nutshell

Portland lies primarily within two counties: Washington and Multnomah. Property tax rates vary for any given home based on its value and the rate for the county and neighborhood it’s in. In Multnomah county property values are determined by county assessment, plus around 3% every year to account for the natural increase in home prices (remains to be seen if this 3% increase will continue in the cooling Portland real estate market). There are some exceptions to this rule; see our complete article on how property tax is calculated in Multnomah county by clicking here.

Homeowners or buyers interested in a home in Portland can visit taxgraph.multco.us to see a graph of the last five years of assessed property values and property taxes for any given piece of real estate in Multnomah County.

The only time property tax rates can go up by more than 3% in this county is when voters approve bond measures, which is like making a big purchase and then paying it off. In 2016, voters approved bonds for affordable housing and schools, for a total of nearly a billion dollars worth of “purchases”. Then again in November 2018, voters approved another 652 million dollar bond to add to local Portland property taxes.

Last week, Portland Mayor Ted Wheeler announced that so far, on the last affordable housing bond, nearly $37 million has been collected through taxes on homes and real estate. The money has gone toward opening up 600 new affordable units in 2017, with 700 more set to to open in 2018 — “the largest number ever produced with city help in a single year in modern history” according to the Portland Tribune.

It’s a bargain considering that Portland, Oregon still has a low property tax rate compared to many other cities and states across the country. In 2016-17, we estimated Portland’s property tax rate to be around 1.3%, and predict that it will remain below 1.5% in 2018 — see the article on that here. For some comparisons, we turned to the the Lincoln Land Institute, which did a study on 2016 property taxes across the country. Bridgeport, CT, came in first for the highest tax rate for any city in the country, 3.88%! Of course, you could always move to Honolulu, where property taxes rang in at 0.30%.

However, Portland eventually will not have a lower than average property tax rate if bond after bond is approved every year. There is also some question to the method of increasing overall housing costs in order to create affordable housing. Most of the time when property taxes increase, that increase is carried over into higher local rents. Perhaps there is another way to create affordable housing that does not increase the cost of housing itself. There are vulnerable communities in Portland that own homes and are trying to hold on to them.