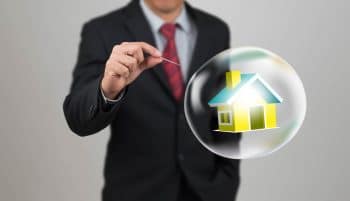 Portland home values, average income, and demand for real estate in Portland have all grown steadily over the past few years. Many home owners, buyers and sellers – not to mention their real estate agents – are wondering: How long will it last? In 2016, the Portland real estate market saw double digit appreciation. That is not going to happen in 2017. Most analysts are predicting closer to 5% appreciation in 2018 (see my 2018 Portland housing forecast).

Another housing bubble burst is the fear at the back of everyone’s mind. It’s true that some of the same factors we saw before the last housing meltdown are at play again to today. There are, however, many important differences.

Before we get into them, let me remind our readers that I am a real estate agent, not an economist. My perspective is based on over a decade of selling homes, talking to home buyers, and saturating myself in the data about Portland’s housing market.
However, being a real estate agent does lend me some expertise on how Portland real estate trends work. While Portland’s rapidly rising home values may have come into the national limelight, my real estate team is confident that what we are experiencing is a housing market recovery, not a pre-apocalyptic situation.

To understand why, let’s take a look at what happened the last time the bubble burst.

The Housing Market Crash in Portland

According to Investopedia, “A housing bubble is a run-up in housing prices fueled by demand, speculation and exuberance.” So named because they literally resemble bubbles on a graph, with home prices rising and then falling dramatically, bubbles are actually part of the normal real estate cycle. Unfortunately, when they grow out of hand, the results can be catastrophic, as we saw several years ago in Portland.

Across the United States in the early 2000s, real estate prices were increasing dramatically as new prosperity encouraged families of all income levels to buy homes. Unfortunately, many loans were made to purchase homes that were truly out of the buyers’ price range. Meanwhile, home values also skyrocketed: In Portland, according to a Portland State University study, home prices grew 90% between 2000 and late 2007. Around the latter part of that time period, the foreclosure rate began to climb. Homeowners were stretched to their limits to pay their mortgages, and any unforeseen financial trouble could cause them to fall behind.

At the peak of the crash, around 2006, one in every 100 homes in the United States was in foreclosure. The housing market crash trigged a wider economic recession that impacted just about every person in the country.

Fortunately, Oregon escaped the worst of the action of the crash, with only one in every 357 homes in foreclosure at the peak. Generally, rural counties in Oregon saw even higher foreclosures than cities like Portland. Still, many real estate agents closed shop (like 50% of them!). I managed to last through the recession by working hard to sell homes and being honest with sellers about Portland’s market conditions.

Many economic indicators are now back to pre-recession levels, home values being one of them.

Remember that housing bubble definition? “Fueled by demand, speculation and exuberance.” For today’s high Portland home values to be indicative of a housing bubble, we would have to prove that demand is driving the action.

That’s hard to do. While demand has been strong, it’s not above pre-recession levels yet, whether you look at migration to Portland, rising incomes or the rate of college graduation. For the past several years, we’ve seen some record low inventory levels on the Portland real estate market, but the real culprit has been supply.

Without new homes coming on the market, any level of demand is going to lead to low inventory, skyrocketing prices, and bidding wars. So why is the supply of homes in Portland not keeping up with the needs of home buyers?

1. Cost of labor is high. New homes require workers to build them, and right now unemployment in Oregon is very low. That means the supply of construction workers is limited, or the wages they are getting are too high to be financed by developers.
2. Lack of readily buildable lots. Although Portland’s urban growth boundary keeps a 20-year supply of land available for new developments, not all of these lots are shovel-ready. As a result, developers must invest more money to make them so, and they could be waiting for home values to increase enough to make the cost worthwhile.
3. The underlying reason: Financing. After the big housing market crash, federal regulations went into place to restrict lending to builders as well as home buyers. Most builders need a line of credit to develop lots and build new homes; if their access to these funds is restricted, no new homes are built.

Economists don’t normally use such dramatic language as “crashes” and “burst bubbles” – they call the ups and downs of the market “adjustments”. When there is more supply than demand, but prices are still high, the natural fall in prices to follow is referred to as an adjustment in the market.

To look at the most recent RMLS report for Portland, it appears that some adjustments are happening today. Unlike in 2006, we don’t have a huge volume of homeowners who are underwater on their mortgages, and banks have not spent the last few years lending money to everyone who walks in the door. As a result, it’s unlikely that a huge number of homes will come on the market and burst the bubble, even if prices go down a little bit.

In August, both the average and the median home prices dipped a little bit from July. The report’s year-to-date summary states that overall, activity has been slightly cooler this year than in 2016, and with the market heading into the traditionally cooler fall and winter months, we expect that trend to continue. The Portland real estate market is seasonal. There is a good time to sell and a good time to buy (read my month to month breakdown here). Do not think the Portland housing market is a bubble just because we are in a season, a part of the year, where it is always more difficult to sell a home. If the real estate market is cool during a Portland spring or early summer, then there is reason to worry about a correction (not a crash).

This article was written fall of 2017, so I’m adding this summer of 2018 market update for our readers. The Portland real estate market has cooled significantly. To see which Portland home types are selling right now and which are not, read this updated 2018 article: My Portland Home is Not Selling. What do I do?

Thinking of selling your home in the next twelve months? Give your Portland real estate experts a call.

How Big Should Your Next Portland Home Be? 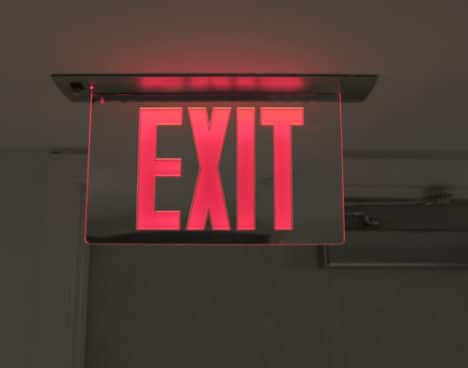 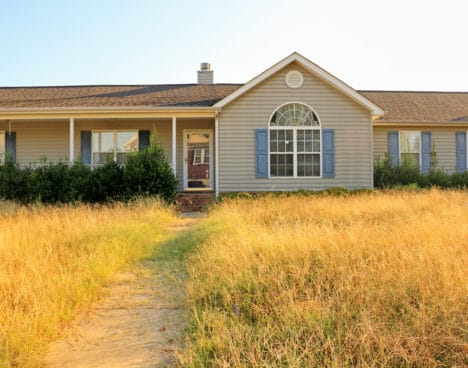 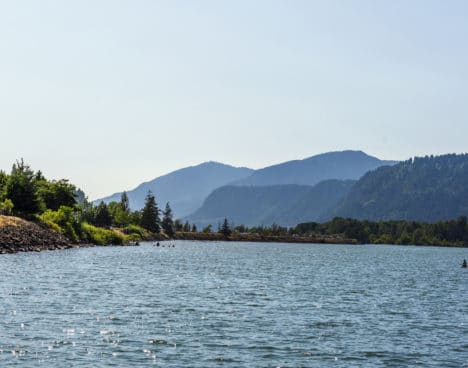