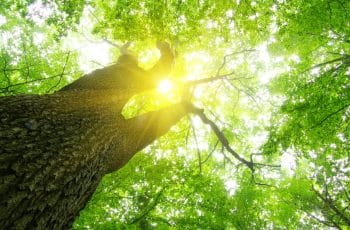 Portland has been a rapidly growing metro area for the past few years, while new home construction has been slow. This has created immense pressure on the Portland real estate market. The main question is, “how will the Portland housing market grow?”

Will Portland expand in girth over the next few years, potentially adding more real estate to the mix? The answer is yes, but the real question is where and how that market growth will occur. Too quickly, and we risk losing the character and definition of the city. Too slowly, and increasing home prices will make it difficult for middle and lower-income families to live and work in Portland.

Metro, the regional entity charged with managing growth, transportation and other city planning logistics, has long relied on Oregon’s strict land use laws and required Urban Growth Boundaries to keep outlying real estate from being developed too quickly. Now, that system is changing with the addition of urban and rural reserves. How will it impact the Portland area real estate market, and, as a home buyer, where you want to invest in a home?

Portland Home Prices Go Up; More Homes on the Market

Home-price growth in the Portland area is slowing down, but rising prices here still outpace growth rates in other US cities. According to the most recent Case-Shiller home price index, prices rose 9.2 percent year-over-year in Portland, putting it in second place out of all major US metro areas. The city with the highest year-over-year home price increase was Seattle, at 12.3 percent. Nationally, the index found that prices rose 5.8 percent in the same time period.

The most recent RMLS report shows that Portland’s average home price increased 10.7% over the past twelve months. This brought the average sale price for a Portland home to $440,200 (as of May 2017). Year-to-date that average sales prices is now $423,800.

Compare that to last year’s average, $383,000, and you might be able to guess why this month set the record for new listings coming on the market. In fact, with close to 4,300 new listings, it was the most new listings in the month of May since 2008!

Unfortunately, those new listings don’t represent new housing, and the Portland real estate market is still very tight. The average home has spent just 50 days on the market this year, and inventory was low at 1.5 months in May.

The City of Portland alone adds about 80 residents per day, according to the US Census Bureau, for a net gain last year of 29,000 residents by migration alone (not counting births). All of those new residents need housing, and though some are being pushed into outlying areas like Beaverton, Lake Oswego and Tigard, many are hungry for Portland real estate.

And, according to economists, Portland’s population can be expected to continue growing as new jobs are added. A study by Portland State University’s Northwest Economic Research Center found that in 2016, new job growth actually exceeded population growth. That means Portland can continue to add new residents and not run into a huge unemployment problem.

To house all these workers, Portland needs to add housing to its supply. It can do this in two ways: Infill and new development. Infill happens within existing city limits; we’ve covered the Residential Infill Plan extensively on this real estate blog. But what about new development?

New development requires “new” land, that is, land that can be added, or annexed to the City of Portland. The Urban Growth Boundary is what allows that new land to be added, and that’s where Metro comes in.

Will Urban and Rural Reserves Solve the Problem?

The Portland Metro area’s UGB last came under review in 2015, and despite rapid population growth happening even then, Metro decided against expanding the Urban Growth Boundary (UGB).

The UGB can only be expanded every six years, so it won’t be up for review again until 2021. However, in 2014, an important change to the way the UGB is handled was written into law: Urban and Rural Reserves.

Under the old system, all land bordering Portland’s UGB was potentially up for addition to the city (unless it already belonged to another city) every five years. This made it difficult for rural land owners, city planners and real estate buyers to make long-range plans.

Put simply, the Reserves system allows land to be set aside as Rural or Urban before it is added to the UGB. The designations last for 50 years. To qualify for Rural reserve placement, land must contain “high value working farms and forests or have important natural features like rivers, wetlands, buttes and floodplains”, according to Metro. Other areas have been earmarked as Urban reserves because they fit with Metro planning goals.

So, how will this impact real estate supply going forward? Looking at the Metro map of regional Reserves, it seems that much more land has been designated as Rural reserve than Urban. At first, it would seem that this would restrict new development, therefore continuing the housing shortage.

It’s important to keep in mind that urban areas need rural zones to stay healthy. Natural ecosystems provide vital services, from recreation to maintaining clean and healthy water systems. If development in the new urban pockets is done well, it won’t require a huge amount of acreage to house the thousands of new residents coming to Portland each year.

In addition, there is already quite a bit of available land within the Portland Urban Growth Boundary. The challenge is getting new housing built on that land. The lack of new residential construction in Portland is a subject we’ve also written about within the past year here on the Portland Real Estate Blog.

Keeping up with the Market

As you’ve probably concluded already, Portland’s real estate market is not a simple affair. That’s why we have a team of experts dedicated to understanding the trends and helping you make the right choice. We’re Portland’s top real estate team for buyers and sellers, whether you’re new to Portland or just looking to relocate!