Portland Real Estate on the Water 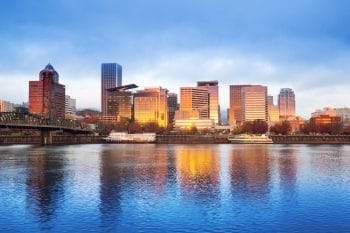 Have you always wanted to live near the ocean, a river, a stream or a lake? Then Portland is definitely the city for you – the Pacific Ocean is less than two hours away, rivers literally run through it, and there are at least a half-dozen lakes and wetlands within the metro area!

Rather not be in the city? Turns out Lake Oswego isn’t the only suburb close to a lake — thanks to our famous Pacific Northwest rainfall, there’s a source of water for splashing in, walking near, or simply looking at pretty much everywhere you go in the Portland metro area.

The USGS defines a Watershed as any area of land where water flows to a common outlet. By this definition, everywhere you go on Earth, you’re in a watershed, because rainfall always has to go somewhere. Although the urban landscape of Portland has altered smaller watersheds somewhat, we’re all still in the greater Columbia River Basin watershed. Every drop of rain that falls in the Portland metro area eventually flows to the Columbia River, which divides Washington and Oregon just north of Portland. They don’t go there first, though — most of those raindrops go to small streams which flow into the Columbia’s main Oregon tributary, the Willamette River.

The Willamette is a unique waterway in that it’s the only river west of the Continental Divide that flows north! With its headwaters in the Cascade Mountains of central Oregon, it flows through the fertile farmlands of the Willamette Valley before arriving in Portland, where it forms the iconic backdrop for our famous Portland bridges. Finally, it joins the Columbia River on the Oregon-Washington border (at the top-left corner of Portland) and soon finds its way to the Pacific ocean.

Although we’re used to talking about geography in terms of cities, counties and states, watersheds were the original dividers of real estate, and they’re still important. How important? The City of Portland’s Environmental Services division is entirely dedicated to managing storm and waste water, and watershed restoration is part of their work. They divide the Columbia River Basin, which encompasses all of Portland, into six sub-watersheds.

You can find out which watershed your Portland home belongs to by checking out the  Regional Topography map. The map also shows ongoing watershed improvement projects, and you can check on the watershed’s health by viewing the Report Cards also available on the website.

Where to Find a Portland Home on the Water

First, the good news. Our local MLS has a specific designation for water front property and for every sort of water view: river, lake, creek, etc. Simply let a good Portland buyer’s agent know what you want and they should be able to find it, all the homes for sale are water categorized in our Portland MLS system.

Portland lives on the Willamette, and it’s one of the best cities for providing public access to the mighty river at its heart. Walking and bicycling paths abound along the river. At the South Waterfront, you can rent a kayak or paddle boat and get on the water, or catch a jet boat across the river near OMSI.

Want to live in walking distance of these opportunities? Southwest Portland is your best bet. Tom McCall Waterfront park runs along the river from Old Town/Chinatown to Downtown, but this area is primarily a business zone. Just a bit further south, the South Waterfront district is a newly rebuilt area with a plethora of condo options near OHSU. From there, it’s just a short trek up the hill toward some of the older Portland neighborhoods that connect easily to Willamette Park and the River View Natural Area: Collins View, Corbett, Terwilliger and Lair Hill. All have great Portland homes for sale with a wonderful neighborhood feel.

Tryon Creek, just slightly southwest of the River View area, is one of the last remaining free-flowing major tributaries of the Lower Willamette River. Portland residents near this stream enjoy the sounds, sights and wildlife of Tryon Creek and its own tributaries, including Arnold Creek and Falling Creek. These cross the neighborhoods of Multnomah Village, Forest Highlands and Marshall Park. Homes here enjoy access to many small wooded parks, as well as the 670-Acre Tryon Creek Park.

If you look at a map of Portland, you’ll see that the area called North Portland is actually a peninsula — the Willamette and Columbia rivers run along each side and meet at the end. In addition, Smith and Bybee Wetlands as well as the Columbia Slough run through it. People come from all over Portland to swim at Sauvie Island, but if you live in a home in the North Portland neighborhoods, it’s in your backyard!

These neighborhoods were once considered outskirts but are becoming more popular as real estate prices go up across Portland. As a result, the housing types are very mixed and some areas can appear rough. Don’t let that fool you! There are some gems to be found in the Overlook neighborhood, Portsmouth, and quaint St. John’s.

Portland Suburbs on the Water

Northeast of Portland, even more water options await. At the confluence of the Sandy River and the mighty Columbia, the cities of Gresham and Troutdale offer the best of the natural world with Portland in their backyard. Music to home buyers’ ears is that prices here are the lowest of all the Portland: $282,700 was the median sales price this year, according to the RMLS. That’s half of what the median was in West Portland!

This area is a compilation of many smaller cities and unincorporated communities, each with their own unique history and character. North of Gresham and west of Troutdale is the city of Fairview, which has not one but two lakes back-to-back: Blue Lake and Fairview Lake. Both offer incredible recreational opportunities and a number of real estate options.

As a Portland real estate agent, I do caution home buyers about purchasing in this area. Because the geography is essentially a slough, be sure the infrastructure is reliable. When looking at homes in the Fairview and Interlachen areas, be sure to order independent inspections and know the life expectancy of the sewer or septic systems.

This city south of Portland has gained national attention as one of the best places to live in Oregon. Centered around Oswego Lake, the city is home to 36,000 residents who enjoy living in a Portland suburb that lets them paddle out on the water.

Although real estate values in Lake Oswego are generally higher than other Portland-area communities, you can find many condos and townhomes, or classic craftsman-style homes on spacious lots. Add to that a transit time of less than an hour to Portland via bus, and a half-hour by car, and you have a community ripe for real estate investment, retirement, or first time home buyers.

There are so many more options for Portland home buyers looking for a place near the water — this post has barely scratched the surface. Call or stop by our office and let our buyers team help you find exactly what you’re looking for! 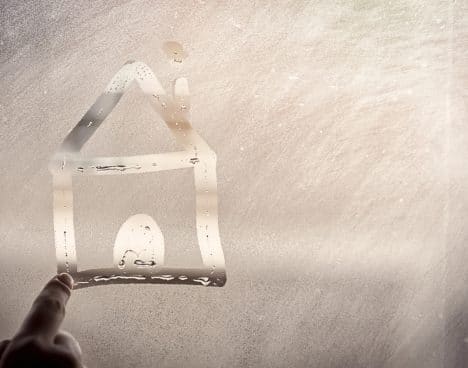