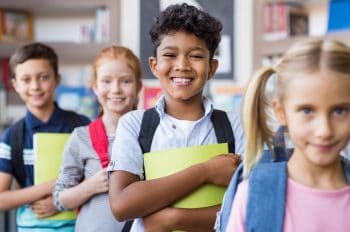 School performance is emerging as a top influencer for real estate markets across the country, and it’s just as true in Portland. Every parent wants to give their child the best possible education, and for many, living near a highly rated school is the way to do that. You may strongly agree or disagree, but it is impacting home values across the country and here in Portland.

What about home buyers who don’t have children, who simply want to make the best real estate investment? Research shows that where school performance excels, so do real estate values.

For most Portland home buyers, the logical next step would be to figure out what the best schools are in Portland and ask your real estate agent to show you homes for sale nearby. Of course, the definition of “best school” is very subjective, but new tools now make it easier than ever to look at school performance in a number of categories. Here’s our real estate agent guide to getting to know the schools in your potential Portland neighborhood.

The good news is that the top three highest rated school districts in Oregon (at least according to Niche.com) are in the Portland metro area: Lake Oswego, Riverdale, and West Linn-Wilsonville. The not-so great news is that the biggest district, Portland Public Schools, is not a top performer in the state. What impact this has on home values is hard to say, but there are changes in the works that may boost Portland school performance.

For one, the district hired a new superintendent in 2017, and in his first performance review, the school board praised his hard work and vision for the district, which included implementing a new standardized curriculum.

In 2012, the district began the process of modernizing its schools, and voters have supported two bond measures, totaling over $1 billion so far, to support the effort. Although higher property taxes are a challenge for home owners and buyers in the Portland area, if the result is better schools, they may see a return on their investment when it comes time to sell their home.

The Eliot Neighborhood in Portland – 5 Things to Know