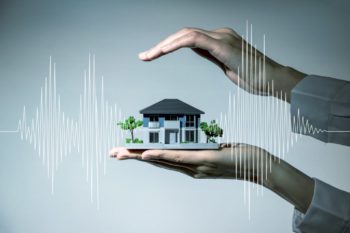 Our awareness of the threat of seismic activity in the Portland area increases every year, and with it concerns for both sellers and buyers. Recent studies show that at least one local fault is more active than previously thought. And this discovery increases the likelihood that other faults in the area may put Portland at risk for an earthquake sooner rather than later.

But the good news is, with increased knowledge comes increased ability to confront the situation. For example, it seems that each year, better and more comprehensive maps help us understand where the most vulnerable spots are. And then there’s seismic retrofitting, a process that makes homes better equipped to handle an earthquake. Portland is once again ahead of the curve in educating its populace about how seismic retrofitting works and how to implement it. So let’s take advantage of that and dive into the best information we have on seismic retrofitting practices and earthquake preparedness.

How to You Know If Your Home Needs Seismic Retrofitting

In 1974, Oregon adopted its first statewide building codes. That might lead you to believe that all homes built since then are good to go when it comes to the threat of earthquakes. However, the code was only updated with seismic activity in mind in 1993. So while homes built between 1974 and 1993 are more likely to withstand an earthquake than homes built before 1974, they still may require substantial retrofitting. Only homes built after 1993 can guarantee seismic safety features.

So what do you do with this information? Buyers looking at homes built prior to 1993 should ask for the inspector to assess whether any retrofitting exists. Sellers may want to consider doing the retrofitting before listing. And if you do choose to retrofit, advertise it!

What Constitutes Seismic Retrofitting in Portland?

At this point you may be wondering, “okay, but what would a contractor actually do to protect my home from an earthquake? First, let’s talk about what happens during a significant seismic event. When the ground shakes violently enough, it can cause walls to crack or a home to slide sideways off of its foundation. So the main focus of earthquake retrofitting is to attach the home as securely as possible to its foundation.

How do we do that? Luckily, Portland in particular has a specific guide to help you out. Their Bulletin 12, “Residential Seismic Strengthening: Methods to Reduce Potential Earthquake Damage,” clearly lays out what contractors can do. Portland is the only area in Oregon to create such specific standards. And these standards are intended only for homes that meet certain criteria, which you can review in the bulletin. The big takeaway, though, is that the guide pertains to one to two family homes with a concrete foundation that are 3 stories high at a maximum. (Outside of these parameters, an engineer would need to get involved.)

If you meet the criteria, though, there are two basic improvements to investigate.

#1 – Bolting the House to the Foundation

In homes built before 1993, the house is often not securely attached to the concrete foundation. A retrofitting contractor can come in and bolt the house itself to the foundation. The wooden frame that sits on the foundation is called a mudsill. It only became common for builders to bolt the mudsill into the concrete in the 1960s. And even then, not everyone did so. According to the Portland government’s bulletin, bolting the mudsill is the most important and also cost effective way to increase structural strength.

The second most common structural weakness is poorly constructed cripple walls. Cripple walls are the connector between the mudsill/foundation and the home’s actual flooring.

Often, older homes often use stucco or wood siding to brace cripple walls. These materials will not protect against earthquakes. A retrofit would require adding plywood in order to properly support the home’s cripple walls.

How Much Does a Seismic Retrofit Cost in Portland?

Unfortunately, there’s no easy answer to this question. The cost of a retrofit will depend largely on your home’s condition. Will you need to both bolt the mudsill and reinforce the cripple walls? And size matters too. A larger home with more square footage of foundation will inevitably run at a higher price point.

To give you an idea, though, Oregon’s guide to seismic retrofitting estimates a cost of $4,000 to $10,000 for a single-floor, 2,000 square foot home. That might give you some sticker shock at first, but consider the cost in the long run. If you’re looking to sell, seismic retrofitting inspires a huge amount of confidence in the home for prospective buyers, and increases your home’s value accordingly. But whether you’re buying, selling, or planning to stay for a while, being prepared for an earthquake could save lives.

When looking for a contractor, we recommend getting bids from at least 3 different companies to ensure that you’re getting a fair price. And check out Portland’s tips for finding a contractor. Grants are also a possibility. In 2016, Portland secured enough federal funds to retrofit 150 homes, for example. So keep an eye out for similar programs in the future (we will too).

Seismic Retrofitting Is Important, But It Won’t Earthquake-Proof Your Home

No matter how diligently constructed it may be, no home is completely earthquake proof. Seismic retrofitting will minimize the damage to your home in the event of an earthquake. But we’d still recommend taking out earthquake insurance as well. In a 2017 study, the Oregon Seismic Safety Policy Advisory Commission determined that Oregon’s earthquake insurance industry compares positively to the market in California in terms of affordability. While earthquake insurance doesn’t in any way replace retrofitting, it can bring peace of mind and security.

Aside from insurance, though, it’s a good idea to be prepared for an earthquake in a broader sense. April is the Portland Bureau of Emergency Management’s earthquake preparedness month. So take a moment to check out their resources, which will help your household to have a plan and an emergency kit ready, just in case. And just last month, the earthquake early warning system ShakeAlert™, created by the U.S. Geological Survey, became available in Oregon. Take advantage of these services alongside retrofitting and insurance to stay ahead of the curve in earthquake preparedness.

Sell your Home with Virtual Staging

How Many Showings to Sell a Home? 2021 Update