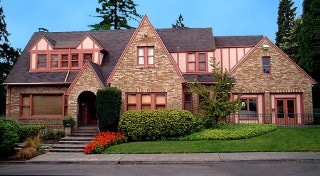 Is your New Year’s resolution to relocate to Portland? With so many great places to begin your search, it can be a bit overwhelming to choose the neighborhood that’s right for you. Let your local Portland real estate agent help.
Last month, we listed three Portland neighborhoods that are up-and-coming for 2013. Now we’re finishing off our list with three more undiscovered but quintessentially Portland neighborhoods for you to consider.

South Waterfront – A mix of the old and new is what you’ll find in this South Portland neighborhood. On the eastern edge is the South Waterfront, an industrial area on the Willamette river that has been redeveloped over the past few years into an happening urban zone. The condos in the new high-rises in Portland’s South Waterfront are in demand, especially among younger buyers and seniors. In the well established Terwilliger, Corbett, Lair Hill, and Fulton neighborhoods of South Portland, you’ll find a plenty of historic homes, modern condos and great views of Mount Hood.

Piedmont – North Portland is the area just north of downtown along the I5 corridor. In 2012, most of the affordably priced homes in the city of Portland came from this area, and all of the neighborhoods in this area are sure to continue to be popular in the coming year. We picked Piedmont because if its highly convenient access to downtown. It’s close to the I5 and also on a MAX light rail line, so no matter how you travel your commute will be very reasonable. As one of Portland’s original suburbs built in the 1920s, it holds a mix of old and new homes and is family-friendly.

Overlook – This developing neighborhood north of the Columbia and west of downtown is known as a place where both sustainability initiatives and local businesses thrive. It is a place for families and active people, with good bicycle access and even its own boat launch on Swan Island. The MAX is the best way to get downtown, or in a car it’s a short drive over the river. It has many historic homes including the landmark Tudor-style Overlook House. Some homes have been neglected and offer great bargains for those in search of a fixer-upper.

Whether you’re moving to begin your career, start a family or retire, or whether you spend your weekends shopping, gardening, or at the office, there’s a neighborhood for you in Portland. Your Portland real estate agent can help you weigh the pros and cons, check on home prices, and make the most informed decision possible.