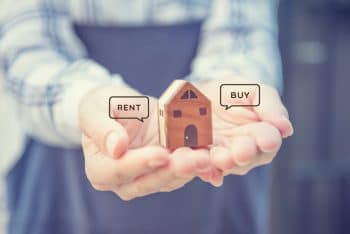 According to Zillow research, rents fell nationwide this year for the first time in six years. Portland led the way with the biggest decline over last year: 2.7% What does this mean for renters who are considering purchasing a home in 2019?

To find out, let’s put that number in context. Just three years ago, home ownership statewide was the lowest it had been in decades. As a result of increased demand, rents skyrocketed in Portland by 7.2%.

It’s hard to believe in that so short a time, we’ve actually reversed course to see a decline in average rent by nearly three percent. First of all, the free market did its work: As rents climbed, homeownership became more attractive. More renters became homeowners in Portland. Second, combine that with the insane amount of new massive apartment buildings that were constructed (and are still being constructed for some reason!), creating a significant influx of available places to rent. Third, add that to a significant slow down in Portland population growth, and you have a fairly comprehensive reason for the current rent decline.

Understanding what forces drive the real estate and rental market can help you make an informed decision to buy or keep renting in 2019. Here are few points to consider:

Curious what your current rent might buy if it was a mortgage payment instead? Contact our top 1% Portland buyers’ team today — we will be happy to answer your questions.