Retire with a Mortgage or Pay it Off? Times Have Changed. 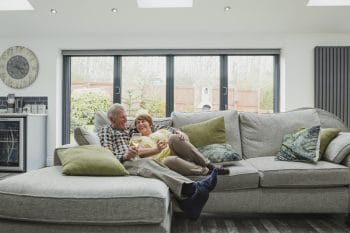 New data shows that more Americans are going into retirement with mortgage debt. Is this a problem, and what does it mean for today’s Portland home owners?

According to a recent article in Bloomberg, mortgages that stretch later into life are becoming more common, particularly as Millennials wait longer to purchase a home. “A lot of today’s Millennials are entering the market quite a bit later than their parents, so just by definition, they’re going to be carrying more debt later in life,” said Sam Khater, deputy chief economist at CoreLogic.

They also may be modeling their parents’ behavior. According to the Harvard Joint Center for Housing Studies, 41% of Americans over the age of 65 carry mortgage debt. This trend is entirely new. For most of homeownership history, people tended to buy houses young – in their 20s or early 30s – and if they did buy a second home, they did it before they were 40. Paying off a 30-year mortgage was the main goal of working life. In 1995, just 22% of homeowners 65 and older carried mortgage debt.

Mortgage Debts Are Around Longer

Things have changed. Though owing on a mortgage can be a problem for some seniors — those who no longer have a source of income and do not have significant retirement savings set aside — for many older homeowners, it’s simply a matter of convenience to hold a mortgage later in life.

A recent article in the New York Times underlines this fact. For example, one couple in their early 70s took out a 30-year mortgage to finance a new home. They did this despite having just sold a home that they owned outright. The reasoning was to put the extra cash into savings for retirement, make improvements that would make the new home more livable as they aged, and make the mortgage payment with their pension payments.

People are living longer, and looking at retirement as simply the next stage in their adult lives — not a short road to the grave. The rise in debt for those 65 and older may simply reflect a change in lifestyle. Seniors may be asking themselves why they would tie up all their resources in a piece of real estate, when they could be using those funds to enjoy their retirement. Unfortunately, it also means there is a lower priority in general to leave an inheritance for those that follow after, but that would be a discussion for a different article.

Retire in a Different Housing Market

Nearing retirement age often means that a change in housing is necessary. The kids are grown, and it no longer makes sense to take care of a house with four bedrooms. Many retirees will also find that moving to a new city makes sense. Portland, Oregon has become an immensely popular place to retire, with 30% of the city’s population aged 55 or older. Then there are the outlying communities in the Portland metro area that are catering to seniors with housing and neighborhoods designed specifically for their needs. Niche.com lists West Portland, Milwaukie, Lake Oswego and Woodland among the top-ten Portland suburbs in which to retire.

Ready to purchase your retirement home in the Portland metro area? There are mortgage options available even for those who are no longer in the workforce. Work with the best and take advantage of late-summer real estate market shifts — contact our top Portland real estate agents today!