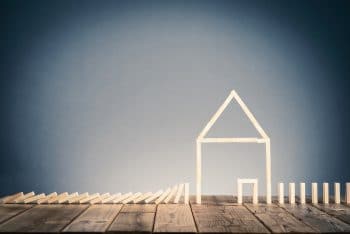 As more information, scientific warnings and earthquake maps become available to Portland homeowners, more people are asking their real estate agents about seismic retrofitting. Here’s a quick introduction to what it means to seismically retrofit a home, whether your home needs it done, and how to find the right contractor in 2020.

A seismic retrofit is any action taken to prevent structural failure of the home in the event of an earthquake, and it’s recommended (but not yet required) by the City of Portland. Usually, it involves bolting the home to its foundation (more on that in the section below).

It’s important to keep in mind that seismic retrofitting will not “earthquake-proof” your home. There will still be damage to a properly retrofitted home in the event of a major earthquake, but it will be repairable — as opposed to the home completely coming off its foundation.

Earthquake preparedness is any action taken to minimize damage to the home and harm to those inside, whether the home has been retrofitted or not. In addition to reducing earthquake hazards in the home, all Portland families should also have an emergency kit to allow for sheltering in place, most likely without power and water, until help arrives after a major earthquake.

Does my home need a seismic retrofit?

Some people think that if a home was built after 1976, when statewide building codes went into place, they don’t need to worry. In fact, only Oregon homes built after 1993 have seismic safety built in. While post-1993 homes are the most likely to survive a Portland earthquake, they still may have features, whether original or added on, that are not earthquake-safe, so it doesn’t hurt to consult with a seismic retrofitting specialist (most of them will do an assessment for free).

Most homes are well equipped to handle vertical loads (gravity), but in the event of an earthquake, horizontal motion occurs. It’s like hitting the brakes in a moving car — everything inside slides forward. Except in an earthquake, it’s back and forth, and not just once, but continuously for several seconds or even minutes.

Retrofitting a home to withstand earthquakes requires creating “load paths” that can handle this lateral motion. Using steel plates, bolts and other hardware, your contractor may add:

Most of these actions take place in the crawl space or basement, which is why we strongly recommend doing seismic retrofitting before converting your basement into an ADU. It will require hiring a contractor, and costs range anywhere from $4,000 to $10,000 for a 2,000-square foot home, but it could mean saving a life as well as the home itself in the likely event of an earthquake.

For more information on seismic retrofits, and a guide to finding a contractor, visit the Oregon Construction Contractors Board.

Is the Zillow Zestimate Accurate? 2020 Update