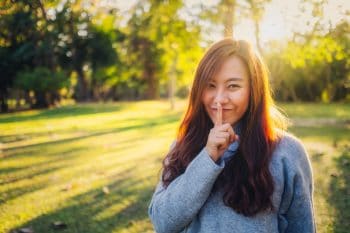 According to the Portland Police Bureau, “No excessive noise is allowed in the City of Portland between the hours of 10:00pm and 7:00am.”

That doesn’t keep delivery trucks from backing up at 4 AM with loud beepers, partiers playing music outdoors after midnight, and, to quote one 3:22 AM downtown Portland noise compliant, someone “Throwing large blocks of concrete into metal truck… on a daily basis.”

Noise is a part of life in any city, but some parts of Portland are definitely quieter than others. While those born and raised in the big city don’t mind – and even desire – a bit of noise, others may need to seek out some relief for their health and sanity. Let’s jump into the fray about what noise pollution is, and what we can do about it when shopping for Portland real estate.

Noise pollution, or excessive exposure to high-decibel sound, is real and only becoming more of a problem in today’s urban environments. Whether it’s leaf blowers and lawn mowers or jets passing overhead — or simply a loud HVAC system — noise can contribute to a number of stress-related problems including cardiovascular disorders, ulcers, and sleep disturbances. Research has even found connections between noise pollution and low birth weight. (Read more at EPA.gov)

In the 2021 reality where many of us are still working from home, students are learning from home, and there’s really no place to “get away”, it’s more important than ever to be able to maintain library-quiet for at least part of the day. Studies have also shown a connection between noisy environments and learning challenges in kids, and noise pollution can exacerbate ADD and ADHD as well as behavioral problems.

With growing awareness about noise pollution and the desire to live in a quiet neighborhoods pretty much universal, it’s no surprise that home values even reflect the preference for quiet: One study found that home values go up between 8-10% when a home is away from a busy road.

Noise pollution can be split into two categories: The abrupt or alarming sounds that tend to get called in as noise complaints, and the constant background noise that comes from nearby freeways, airports or industrial activity. Although the second type of noise pollution tends to be accepted as “part of the deal” for living in certain neighborhoods, it can turn up the decibels to a constant 80 dB in some residential areas, the equivalent of standing next to a vacuum. A 2017 study found that this type of noise pollution tends to be the highest in low-income and racial minority neighborhoods, because these neighborhoods tend to be situated near industrial parks, roadways and airports.

This trend holds true in Portland. In fact, Northeast Portland, which contains many historically black neighborhoods, is not only directly adjacent to Portland International Airport, it is currently targeted for an expansion of the I5, which residents say will increase noise pollution.

Outside of the downtown area, the only noticeable pattern for where noise complaints appear, is that they follow main thoroughfares like Sandy Boulevard, Burnside St. and Division St., where bars and restaurants also tend to be clustered.

Finally, some have complained of wind noises from the Columbia river gorge. Although these areas are outside the city of Portland, be aware that communities from Troutdale to Corbett may experience some naturally generated howls and gusts.

Okay, so where are the quietest neighborhoods in Portland? Just as certain factors can lead to a noisy neighborhood, there are environmental elements at work to help keep the quiet.

Here are our top picks for *quieter* Portland Neighborhoods:

Our real estate search engine, Portlandhomesforsale.com, allows you to enter keywords in addition to other filters like area, price, and number of bedrooms. Try entering “quiet” in the Custom Keyword Search field and see what comes up! Even easier, ask our top 1% Portland buyers’ agents, and we’ll be happy to create a custom list of homes for you to browse.