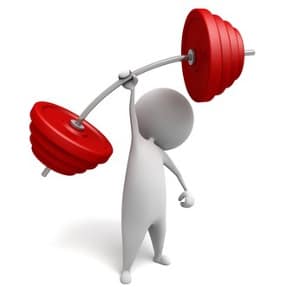 August’s home sales in the Portland area were the strongest in five years, according the Market Action report published by the RMLS last week. Home prices are also on the rise in Portland and across the US, a piece of good news that prompted coverage by the Associated Press and the Oregonian and gave hope to underwater mortgage holders.

Does this month indicate that the housing market will soon recover to pre-recession levels? Nobody knows, but a closer look at the numbers will help Portland home buyers and sellers decide what their next steps will be.

Last month, 2,311 homes were sold in the Portland metro area, which is a new record since 2007, before the housing market fell. High numbers of both home sales and pending home sales means that the Portland area inventory, or the number of months it would take to sell all the homes on the market if no new listings appeared, is down to 3.9. Inventory has been hovering around four months since March of this year.

The low inventory may be what’s driving up home prices, according to the Associated Press story. National home sales were on pace with Portland’s strong numbers, and consumer confidence is up. But, the article says:

Even with the gains in home sales, the market remains weak. Many would-be buyers are having difficulty qualifying for loans or can’t afford the larger down payments being required by banks.

A solution may be in the works from the Federal Reserve, which announced last week it would attempt to push mortgage rates down by purchasing $40 billion of mortgage-backed securities each month until the job market improves.

According to a CoreLogic report cited in the Oregonian, in the second quarter this year 15,000 Portland homeowners who had been underwater saw their home values rise enough to meet the balance on their mortgages. That means now only 18% of mortgage holders are underwater. Nationwide, that number is about 22%, but down since the first quarter of 2012.

Portland home sale prices averaged $281,700 in August 2012, 2.7% more than a year ago. For all home owners – whether underwater on their mortgage or ready to sell – this has made all the difference.

Ready to sell or buy your Portland home? The RMLS Market Action Report has all the raw data you need. For insight and no-pressure advice, contact your Portland Real Estate Agent.

How Does a Home Sell?