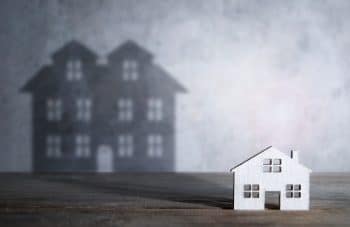 In late June, 2019, the Oregon State Legislature passed a bill that requires cities to allow homeowners and real estate developers to add housing units where the demand is highest. How does this affect the zoning changes already developed by Portland’s Residential Infill project? And how will it affect the look and feel of Portland neighborhoods?

The new bill, HB 2001, requires Oregon cities of more than 10,000 to allow “missing middle” housing types to be built in all residential zones. In other words, it eliminates single-family-only housing zones, mandating that cities permit duplexes, triplexes, fourplexes and additional accessory dwelling units to also be built in these zones.

This new law affects Portland as well as many cities in the wider metro area, including Gresham, Hillsboro, Beaverton, Aloha, Tigard and Lake Oswego. The cities have two years to implement the new zoning rules.

According to The Oregonian/OregonLive, the bill had bipartisan support, and the concept, known as “upzoning”, has been written into law in other major cities like Minneapolis and Seattle. Oregon is the only state in the nation to make upzoning a requirement in all its cities.

But what about Portland’s Residential Infill Project?

The Portland Department of Planning and Sustainability has been working on the city’s Residential Infill Project, or RIP, for a number of years. After many public comment periods, RIP is expected to receive final approval by Portland City Council this fall. Read our detailed blog post about this plan, and its effect on Portland real estate here.

The Project proposes to change the following aspects of zoning in Portland:

As currently written, RIP meets most of the requirements of HB 2001. In other words, Portland was ahead of the curve in developing this infill plan. And though Oregon made history by upzoning all its cities in one fell swoop, Portland is a step ahead on implementation — and many consider that a good thing, not just for those who want to invest in property in Portland, but for those who actually want to live here, too.

Of course, RIP has met with its share of opposition in Portland. Single-family neighborhood homeowners don’t want to see big changes in the numbers of households on their streets. They’re worried that a lot of new “plexes” and ADUs will be built suddenly, eating up their on-street parking and destroying the quiet character of the neighborhood. Renters also worry about RIP, because although the rule changes will create more housing in the long term, they will be displaced when the homes they’re renting are in the process of being redeveloped. With Portland’s contractor shortage, it could take some time for new units to actually come on the market.

In fact, time is the critical element here that should ease homeowners’ and renters’ worries. Zoning rules might change with a simple pound of the gavel at a city council meeting, but new construction doesn’t happen overnight. There are no immediate financial incentives for property owners to redevelop — yes, they can rent more units, but the typical homeowner isn’t interested in that. Single-family homes currently being rented might be good candidates for splitting into two or three units, but that’s a big investment for property owners in a rental and Portland real estate market that has actually cooled in the last couple of years. See our 2020 Portland real estate forecast here.

The Residential Infill Project is, in fact, as small step toward catching up with Portland’s housing shortage, but it’s not a total solution. Housing advocates are still asking for more (more affordable) apartment buildings, and Portland is still trying to figure out how to add the thousands of homes that are needed for its growing population, without changing the character of the city.

In a home of about 200 low-density residential buildings, Andersen writes, 20 have been built using the 1980 upzoning rules. “For those keeping score,” he adds, “this means that every four years, our little pocket where fourplexes are legal has changed by an average of 1 percent.”

Read more and see photos of the neighborhood at the Sightline Institute.

For those looking to buy or sell a home in the Portland real estate market — or now, thanks to HB 2001, in any city in the metro area — the new infill rules provide some new opportunities. Making the mortgage payment could be a lot easier by renting out an accessory dwelling unit or the other side of your duplex. Finding a home to purchase may ultimately become slightly easier as well. Time will tell.

How many showings on average to sell a house? – 2019 update