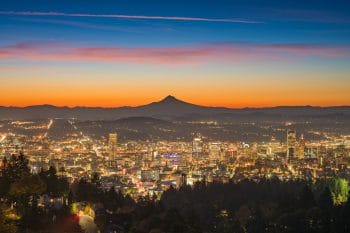 Searching for a home in Portland in 2020, but not sure where to start? In this blog post, we give you an overview of where the neighborhoods are in Portland. Then, we name our top 5 hot picks for affordable, fun, and friendly places to live in the city.

What are the Five Sections of Portland?

To be prepared to look at homes in Portland, home buyers should familiarize themselves with the Big Five: The Southwest, Northwest, North, Northeast and Southeast sections of Portland. These areas are defined by rivers and major roads, and each has their own unique character. Check out PortlandNeighborhood.com for an incredible clickable Portland neighborhood map, and guide, as well.)

With 95 neighborhoods in Portland, how do we pick the best?

The answer is, we don’t — but we do think some things are important: Affordability, schools, diversity of housing options, and things to do nearby. The following five neighborhoods each combine these factors in their own unique Portland way!

Ready to find your perfect Portland neighborhood? Maybe it’s time to reach out! We are your top Portland real estate agents, with a top 1% buyers agent ready to assist you.