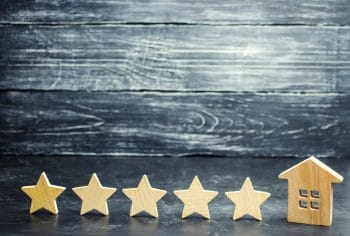 It’s time to take a look at which Portland neighborhoods are up-and-coming in 2019! They couldn’t be more different, but these Portland communities are similar in that they are changing rapidly. Like the city as a whole, they’re adding new residents and working hard to integrate past, present, and future. Whether you’re looking for a new condo in a hip district or a nice older home in a quiet neighborhood, Portland has something for you.

1. Slabtown, Portland: Rising from the pavement

Located in Northwest Portland near the trendy neighborhoods of Pearl District and Nob Hill, this former industrial area made headlines this year for its rapid transformation. Real estate that was once the site of empty warehouses and parking lots sprouted housing and retail options. A recent story in Portland Monthly describes the development as “street-level humanity amid a rising [Portland downtown] skyline”. Those seeking to buy a home in this neighborhood in 2019 may need to be patient: Condos are still being built, but those that exist now are pricey. On the other hand, if you can afford it, this is Portland’s newest greatest place to be.

The Central Northeast neighborhood of Cully has been dubbed “rural Portland” for its large lots and a lack of concrete, but it differs from rural Oregon in one crucial way: diversity. In fact, Cully is one of the most diverse places in the entire state. And while the neighborhood has made foodie lists for being the place in Portland to go for ethnic food, it is also one of the city’s last strongholds against gentrification. Portland leadership would like to keep it that way, and has for years been earmarking funds to support local businesses and build affordable housing in Cully. Although real estate values could rise in this neighborhood in 2019 (lower priced areas may still see some small appreciation in 2019 – see our full 2019 Portland housing forecast here), it may be a long time until this hot neighborhood goes hipster — and that’s a good thing.

3. Brentwood-Darlington, Portland: Closer than Ever

We’re now going from the far North of Portland to the far South, but it’s not so far anymore. Take a second look at Brentwood-Darlington in 2019, because the rising tide of Portland home values has definitely floated this working-class neighborhood’s boat. Although it’s not as convenient to downtown Portland as some of the inner Southeast neighborhoods or even parts of nearby Milwaukie, Oregon, Brentwood-Darlington an abundance of parks and is in close proximity to Woodstock and Sellwood shops and restaurants.

While not technically a neighborhood of Portland, this district is much-discussed as part of the Central City 2035 Plan. Crucially, the Central Eastside — which sits opposite downtown Portland on the Willamette River — will be part of the Green Loop, a planned “linear park” with integrated transit to connect the business districts on the two sides of the river. Currently a mix of warehouses and retail, the city plans to add housing to the Central Eastside as the 2035 Plan unfolds. In 2019, smart real estate investors will look for bargains here.

5. Montavilla, Portland: Have it all

Walkable as well as convenient by car and transit to the rest of the city, this East Portland neighborhood is known for active neighbors. This month, a new “high-level” food cart pod for the neighborhood was announced, near the base of Mt. Tabor which is one of Portland’s most beloved parks. With a community college campus and a popular shopping district within the neighborhood’s borders, Montavilla, like Portland, is a place where everyone can find what they’re looking for.