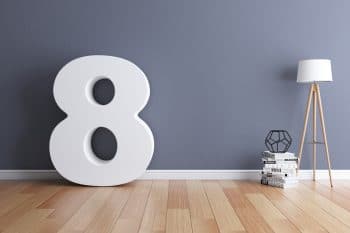 What kind of year was it in 2018 for Portland real estate? With major shifts both in policy and buyer seller dynamics, our only conclusion is to say that it was an eventful one. Let’s take a look at some of the top Portland real estate market news stories of 2018 and where we go from here.

With a new rule that went into effect on January 1st, 2018, all homes listed (with a few exceptions) on the Portland real estate market are now required to receive a Home Energy Score Report before the listing goes live. Homes must be scored by a licensed assessor and scores must be provided to potential buyers so that they can compare homes based on their energy efficiency. Home Energy Scores were slow to trickle in at the beginning of the year due to slow compliance on the part of home sellers, but now hundreds of homes have been scored and Portland buyers are getting used to the idea of seeing something similar to the “Miles per Gallon” rating sticker on a new car. While Portland homes are scoring toward the low end of the efficiency scale overall, the real estate market has not been negatively impacted as some were predicting. Check out our partner company, OrderHomeEnergyScore.com, for more information about the policy.

In 2017, according to U-Haul, Oregon was one of the top 10 states to move to; in 2018, we fell to 11th place on that list. Portland, being Oregon’s biggest city (and second largest in the Pacific Northwest), tends to catch the most newcomers to the state. In 2018, Portland slowed again to become the 22nd fastest growing city in the country. That is a huge drop from often being in the top 10 or top 5, as we have been many times so far in this same decade. Curious about how population changes affect the Portland real estate market? Check out our 2019 Portland real estate market forecast.

The fact that new construction of single-family homes in the city of Portland has slowed to a crawl is not new news; we covered it here on the real estate blog in 2016. No, the hot story in 2018 was that there’s hope for those looking for the Portland experience at a rural-Oregon price: The suburbs are popping. Tech jobs, top schools, access to the great outdoors and cultural hubs with deep Oregon roots are just a few of the perks of living in the ‘burbs. Affordability improves just outside the Portland city limits, where new homes are being added in places like Oregon City, Gresham, and Bethany. Read our guide on the most livable suburbs around Portland.

Metro, the regional body responsible for building public transportation, is well aware of the trend of workers moving out into the suburbs. In 2018, it unveiled a complete Southwest Corridor transportation plan, which will include a light rail line. The new MAX line will connect Portland to the communities of Tualatin, Tigard, and Sherwood. Though the line will not be finished for another six years, real estate investors should take a second look. Click here to learn more about the communities poised for major growth along the Southwest Corridor.

New single-family homes may not be coming to Portland neighborhoods anytime soon, and neither are 100-story apartment buildings. Instead, city officials and many density-friendly citizens are pushing for residential zoning changes that will allow the so-called “missing middle” of housing to be built across Portland. These include accessory dwelling units, cottage clusters, duplexes and other ‘plexes. The infill plan revealed this year is designed to incrementally increase density in single-family neighborhoods over many years. Meanwhile, it could make home ownership more affordable to those who want to live in Portland and rent out a separate dwelling unit connected to their home.

6. The year of the Emerging Buyers’ Market in Portland.

After several years of very competitive home sales in Portland and record price increases, 2018 was the year that things finally started to slow down. Homes in the average price range saw fewer offers and took a little bit longer to sell in 2018 than in 2017. Inventory is up, and though home values did grow (by 5.3%), they did so at a slower rate than the last few years. In fact, some neighborhoods and price ranges (think luxury homes) actually saw a signficant decrease in value. Will 2019 be a buyers’ market? Hard to say, but it will be closer than we’ve seen since the last recession. Read our detailed analysis here.

It’s one of the hidden costs of home ownership that smart Portland buyers always ask about — the taxes. Turns out they go up just about every year in Washington and Multnomah counties (the two major governing bodies that assess local taxes in Portland) at a rate of at least 3%. When voters pass bond measures, taxes go up even more than 3%. In 2018, that’s what happened with a 652 million dollar affordable housing bond. Portland Mayor Ted Wheeler says similar bonds passed in 2016 have helped build more affordable units than ever before; critics point out that raising property taxes means that some people already in homes can’t afford to stay in them. You can read all about it here. Trust your Top 1% Portland Real Estate team to guide you through the next year of housing market adjustments! If 2019 is your year to buy or sell a home, we hope you’ll choose us.

Portland lies at the heart of the Silicon Forest, so it’s no wonder that homes are going Smart — with speakers, thermostats, security and even refrigerators connected to the Internet of Things. Although this new technology is exciting and convenient, it creates a new set of considerations for real estate transactions. Don’t be the home seller who moves out, then forgets to delete the app controlling the temperature in the old house! Read our guide on selling or buying a home with smart home tech here.

Selling and Buying a Home at the Same Time