What is a Bungalow Style Home in Portland? 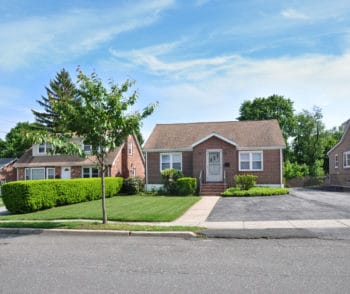 On any given day you can find cozy, charming bungalows for sale in Portland. Our city is full of them, and we have the full map of all bungalow homes for sale.

These cozy, livable homes are iconic when thinking of Portland’s architectural history. It’s no wonder Portlanders love them so much. Structurally, they’re sturdy, and they oftentimes have unconventional designs, which only add to their charm.

Several revivals since the first bungalows have kept this beloved style alive. More recent versions have the same features you’d expect to see in a classic bungalow, with modernized touches.

What are the Features of a Bungalow Style Home?

One typical commonality amongst bungalows in Portland is that they don’t have a full second floor. Most have a half-story that usually served as attic spaces under the typical low-pitched sloping roofs. In many of the original bungalows today, you’ll find that owners have finished off or renovated that space and made it livable and functional, as with an office, den, reading room, or bedroom.

In addition to the noticeable slopping roof, another characteristic of the early bungalows is the quaint but wide, covered porch, always inviting and sometimes decorated with exposed beams under the eaves.

Look at a series of bungalows, and you’ll notice the visual balance that’s typical in this style of home. While not always symmetrical and never overly ornate, the porches feature square or tapered support columns that serve as both structural and design elements.

Step inside these charming homes, and you’ll find open floor plans with rooms connecting directly to each other, rather than rooms off hallways, and big, single- or double-hung windows. Newer bungalows may also include large bay windows or casement windows.

Where did the Bungalow Style Home Get its Name?

The bungalow style home is often thought of as an offshoot of the larger Craftsman style, also popular in Portland. As builders looked for ways to develop the area and meet the needs of Portland’s middle class, a surge of bungalows were constructed. Charles Sumner Green and Henry Mather Green, brothers and architects, are believed to be the leading purveyors of the style in the U.S. Their designs became popular through publication in mainstream magazines like Good Housekeeping and House Beautiful, followed by books of floor plan designs and mail order house kits.

The bungalow is not an American creation, however. The style was brought to the U.S. from England, and before that, the style was created in India, while the country was under British rule. Hired by British officers to create shelter for them during their stays, local and regional builders in India constructed these homes, an adaptation of the single-story huts found throughout the country during that time.

The word “bungalow” comes from the Hindustani word “bangala,” meaning “belonging to Bengal.”

When did Bungalows Come to Portland?

Bungalows sprung up around Portland between 1915 to 1940, with surges of construction varying as neighborhoods formed and became established. The bulk of Portland bungalows were built in the 1920s, a more affordable offshoot of the Craftsman, also highly popular in Portland.

Where can you Find Bungalow Style Homes in Portland?

It depends on where you look and who you ask, but most of the city’s bungalows can be found in Ladd’s Addition, as well as the Sunnyside, Richmond, Sellwood, and Laurelhurst neighborhoods.

According to an article on oregonlive.com, if you drive through bungalow-dense neighborhoods in Portland, you’ll see four types.

Looking for a Bungalow Style Home in Portland?

If you have your heart set on a bungalow style home, chances are, we can help you find one you love. Not only is there no shortage of them in Portland, our top 1% Portland buyer’s team has 18 years experience matching buyers with their dream homes. Give us a call today at 503-773-0000 or use the chat bot on our site. We’d love to show you all the homes you want to see—bungalows or otherwise!