Where in Portland are Home Prices Rising the Fastest? 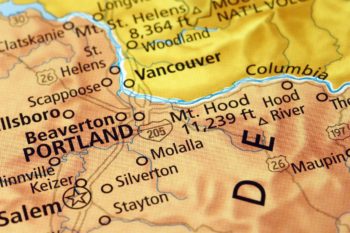 Rising home prices: possibly the real estate story of the year across the U.S. Naturally, then, we’ve been covering Portland’s historically low inventory, which is driving home prices up, for months now. And it’s unlikely prices will fall anytime soon, if at all.

But if you just watch the local news, what you’re likely to hear about is the most outrageous instances of bidding wars. Those sensational, mind-blowing stories certainly drum up interest. However, while they may be indicative of the low inventory problem, these instances aren’t necessarily typical.

In order to update you most accurately on the state of the Portland real estate market, then, we wanted to dive as deeply as possible into the local numbers on housing prices. Let’s take a look at the major sections of Portland as well as the major suburbs. Where have prices been rising the most? The least? And what does that say about what’s been driving demand in Portland this year?

Portland Metro and Suburbs: Where Prices Are Increasing the Most

Our most localized data for housing prices comes monthly from the RMLS. There’s a complication right now, though. Normally, the best way to gauge price change would be to compare year over year – how much have home prices increased this year versus last year? That comparison should make sense. It avoids the complication of normal seasonal fluctuations in price.

But, not that we need to tell you, this past year hasn’t exactly been typical. Given the wrench thrown in by the pandemic, comparing year over year doesn’t necessarily tell a straight story. So instead, let’s look at how prices have increased from January through April (our latest data). Keep in mind, it’s normal for prices to increase during this time of year. But by comparing local areas against one another, we can get a clearer idea of how home price increases are currently affecting the various parts of the Portland metro area.

The following chart illustrates how much prices have changed in the major areas in and around Portland since January.

These numbers are enlightening, and here’s why. The change in percentage from January to April, shown above, often differs from the annual percentage change. For example, Lake Oswego/West Linn home prices went up 13.9% from April 2020 to April 2021, the highest of any of the ares listed above. But from January to April? Only 0.7%, the lowest of any of the areas listed above.

Similarly, Tigard/Wilsonville came in at only a 1.1% increase through April of this year, but the year over year number is 13%! And West Portland claims the title for the next lowest increase at 1.2%, despite a year over year increase of 9.6%.

What do these drastic changes in numbers mean, then? One explanation is that market for luxury homes suffered more heavily during the worst of the pandemic. During that unstable period, perhaps fewer buyers were willing to make the leap. If that’s the case, it would be understandable that the market then bounced back, since luxury properties tend to maintain their value.

That does beg the question, though. How did more affordable areas of the city fair through this difficult period?

The area that’s seen the biggest gains in sale price so far this year? Beaverton/Aloha at 14.4%. Perhaps this isn’t surprising. Known for having affordable homes, but also being near to huge employers and many amenities, Beaverton has long held a place as a desirable suburb of Portland. But what is surprising is that Beaverton takes the spot as the area with the lowest price increase year over year at only 6.7%.

So once again we see a situation in which the numbers get turned on their head. Normally, the litmus test one would take to gauge home prices would be to compare year over year. But right now it seems the more affordable Beaverton, while it’s seen a less drastic shift over the course of a full year, is spiking in price more than affluent areas such as Lake Oswego.

Gresham/Troutdale and Southeast Portland also saw double digit price increases this year. On the other hand, Hillsboro/Forest Grove makes something of an anomaly of itself, with a low percentage year over year as well as year to date. If you’re willing to live a little further out from downtown, Hillsboro could be the sweet spot.

Median List Price Is Down – But Sale Prices Aren’t

At this moment more than ever, it’s useful to remember that list price and sale price are two different things. Portland’s median list price has been on a downward trend since February, and it’s the first time they’ve hit a downward swing all year.

Likewise, properties with a price increase have declined at a similar rate and time.

It can be easy to look at these graphs and think, “Hey, prices are going down!” But that’s not necessarily the case. List prices may be down simply because they don’t have to go up. We recently covered here how listing a home at a lower price, as a general rule, can result in a higher bid. With the market solidly in the seller’s corner right now, list prices won’t always reflect what homes are actually selling for. Also, there is simply a random element to how many luxury homes go for sale in a given month vs. starter homes.

If you’re trying to buy, there are many ways to make the most of the Portland real estate market right now. For one, don’t price yourself out of your online searches – keep looking for a range of prices that you can afford to bid over. For another, get yourself an experienced agent.

And we’re here to help with that! Our top 1% buyers agents would love to hear from you today.

What I Love About This Home – Zillow Section Removed