Can Portland Real Estate Market keep up with Population Growth? 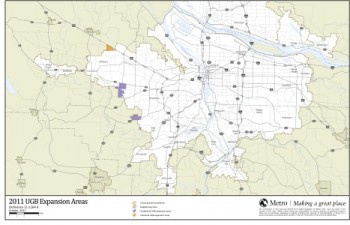 It’s hard to say whether Portland’s population is growing because of jobs, the “hip” factor or because this city is really one of the best in the country for people of all generations and backgrounds. In any case, in June of this year Metro planners were estimating that Portland, Oregon will add 750,000 people to its metro area in the next 20 years. And a recent report in Portland Business Journal showed that Portland’s population growth is on track, adding more than 9,000 residents to the city in 2014 alone.
Nearly three-quarters of this growth came from new residents surging to the area, with the rest coming from “natural” population growth — the number of births minus the number of deaths. To accommodate this growth, Portland will need more roads, schools, parks, airports, office space, and much more. First and foremost, however, Portland’s new residents will need housing! Is this good news for the Portland real estate market? You bet.

This month’s RMLS report showed that October was the strongest month for closed sales in Portland since 2006! Are Portland real estate agents simply going out there and closing more deals? Well, perhaps so, but the more likely answer is that these new Portland residents are becoming homeowners.

With only so many homes already in the Portland metro area, the city is also looking at expanding its Urban Growth Boundary (UGB). Urban Growth Boundarys are a concept unique to Oregon, where our strict zoning laws attempt to stop urban sprawl by drawing a line between urban and rural areas. Every few years, the UGB comes up for expansion so that cities can accommodate growing populations. 2015 is the year for Portland’s UGB, and the Metro agency will be using its population growth estimates to negotiate a new boundary for the city. A big part of its plan will also be to encourage infill, or the process of adding more live, work and play space within the already existing boundary.

Portland developers have already jumped on that bandwagon, with several building projects announced just this month. REACH Community Development is releasing $18 million in funds to add low-income housing in downtown Portland and Hillsboro, and a developer is building $15 million of office space in the suburbs of Wilsonville and Tualatin.

Yet another sign that Portland’s real estate market is booming? The Portland Bureau of Development Services, which handles permitting of new construction, is adding 29 new jobs this month.

It’s a great time to buy or sell real estate in Portland, Oregon. To learn more about my listing package or buyer’s agent services, give me a call!