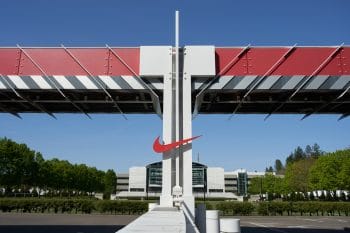 It would be difficult to name a more quintessentially Oregon suburb than Beaverton. Inspired by Oregon’s state mammal which also adorns our flag, the word “Beaverton” aptly describes the city next door to Portland, surrounded by nature and thriving with industry.

Beaverton is a popular suburb because of its proximity to Portland, its stand-alone qualities as Oregon’s sixth-largest city, as well as great schools, many acres of parks and natural areas, and a strong economy.

Beavertonians who commute to Portland travel an average of 7 miles, or 20 minutes by car. The area is also serviced by the MAX Blue Line (light rail), which carries over 55,000 people on an average weekday between downtown Portland and Beaverton, and continuing out to Hillsboro.

Beaverton consistently earns local and national acclaim as one of the best places to live in Oregon and in the country. Some of the accolades include:

Are there Beavers in Beaverton?

Locals and visitors alike appreciate many facets of Beaverton, but it’s well known for being an urban place for nature lovers, with plenty of places to spot an actual beaver.

Though Beaverton-based football lovers need to travel a couple of hours south to see the Beavers (Oregon State University) play the Ducks (University of Oregon), there are plenty of other games to play in and around Beaverton. The Beaverton area boasts two outstanding golf courses, a municipal athletic center featuring soccer fields and tennis, pickleball and basketball courts, and 200+ dog-friendly parks. Find out more.

Shopping and Restaurants? Yes and Yes.

One of Beaverton’s claims to fame is its diversity, and with diversity comes great food. Browse the offerings from the Beaverton Downtown Association, from classic brewpubs to award-winning international cuisine.

In the third quarter of 2020, Beaverton tied for #4 on Portland Business Tribune’s “Hottest Suburb” list, with 309 homes sold (the tie was with the Foster/Powell neighborhood in SE Portland).

The biggest factor turning up the heat on Beaverton is its affordability compared to Portland. As of September 2020, the Regional Multiple Listing Service reported a median sale price of $410,500 for Beaverton/Aloha, up 3.6% over the prior 12-month period. For the entire Portland metro area, median sale price is $430,000, up 4.9%.

Overall, market trends in Beaverton tend to follow those in Portland. There was a drop in home sales in the spring of 2020, but a strong recovery. With increased teleworking options, demand for homes in well-connected suburbs like Beaverton is likely to increase in 2021.

The City of Beaverton comprises 11 official neighborhoods, but several unincorporated areas of Washington County south of Hwy 26 are informally considered Beaverton territory as well. These include Cedar Hills, West Slope and Raleigh Hills. For landmarks, the Nike campus is to the northwest of Beaverton, and highway 217 borders Central Beaverton to the east.

While we don’t have space to cover every Beaverton neighborhood and outlying area, we’d like to highlight some stand-outs:

For those who enjoy an urban feel with shopping, restaurants and transit within walking distance, Central Beaverton is the place to shop. Condos, townhomes and historic cottages are easy to find in this neighborhood.

Known for livability and affordability, Aloha has been the site of many of the Portland area’s biggest housing developments of the last decade. New homes and condos in a semi-rural setting are the draw here, as well as access to the acclaimed Beaverton school district.

One of the more upscale neighborhoods between Beaverton and Portland, West Slope features sprawling ranch-style homes as well as newer condos and townhomes. Commuting is a breeze and the views are spectacular.

Families are drawn to the Beaverton area for access to its top-ranked school district, but this feature is a positive for any home buyer based on the connection between great schools and strong home prices.

Beaverton School District is the third-largest in Oregon, serving students in Beaverton, Hillsboro, Aloha, and unincorporated areas of Washington County. Close to half of its schools are rated “above average” by Greatschools.com, and the district is nationally recognized for high student achievement and innovative programs. Parent involvement in schools, one factor tied to student success, is high, and classroom sizes are smaller than the state average.

Ready to seek out a home in Beaverton, or any other Portland suburb? Take advantage of slowing market activity as we move into fall. Contact our top 1% buyers team today!

19% of Home Sales are Delayed in Escrow

What is a Zillow Real Estate Agent?