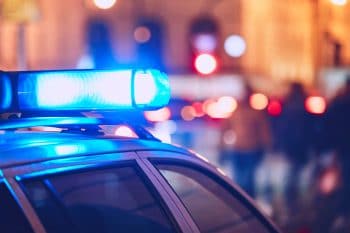 Whether you’re new to Portland or have lived here for years, it can sometimes be difficult to get an accurate idea of how safe it is out there. News reports focus on attention-grabbing events, and periods of low or no crime never make the headlines.

Is it possible for home buyers and sellers to cut through the media distortion? Yes, thanks to the digital age, most crime and policing data are easily accessible to the public, not just for the City of Portland but also for many of the communities that make up the Metro Area. Here’s a comprehensive list of resources provided by our real estate team.

Note: The web app may not load correctly on all browsers, so try a different browser if you aren’t seeing the pink hexagons. Sometimes it helps to zoom in to an address first.

To get an idea of the types and numbers of crimes happening around a specific address in Portland, head to the Crime Reports in Portland Map. This incredible tool tracks crime incidents that have been reported since January 1, 2016 and displays the data in an at-a-glance visual format.

To use the map, simply enter an address or zoom into an area that you’re interested in. Click the hexagon shape to get a pop-up showing the number of crimes in each category (Property, Personal and Society). To switch between categories, use the arrow in the blue bar at the top of the pop-up. To view the record for a specific incident, click its round dot on the map.

The Crime Reports in Portland Map is great for getting block-by-block data, but what if you want to know up-to-date statistics for the neighborhood, or the city as a whole? The interactive Portland Police Bureau Crime Statistics Report is the place to go.

There’s a lot of information packed into a small space, so we recommend going full screen by using the button on the bottom-right of the report panel. The default for the “Offense Count by Category” table is to show data for all of Portland. To get more specific, select any Portland neighborhood on the small map. The table will adjust to show the data just for that neighborhood. You can also filter by date using the drop-down menu.

Handily, the Report offers a link to each neighborhood’s Association page, which allows you to learn more about the neighborhood, such as whether they have a Neighborhood Watch or Safe Routes to Schools program, and find relevant contacts.

Finally, share or save your custom report using the buttons at the bottom of the report.

Much like the City of Portland’s Crime Reports Map, this map shows crime incidents charted to specific locations across the US. At CityProtect.com, you can type in a city or address and the data will appear as colored dots on the map. Red dots are for violent/personal crimes, orange are for property crimes, black are for what Portland calls “society” crimes (drug or liquor violations) and blue are for police response to emergency calls or other events. Zooming in will reveal details about the incident in the left-hand panel of the map.

Several Portland-area police agencies partner with CityProtect, but as of this writing (October 2020) most of the available incident data is for Washington county (west of Portland). However, other local police agencies claim partnership with CityProtect, which was recently restructured and renamed (from CrimeReports.com), so perhaps in the near future more data will be available.

For now, CityProtect’s map of available incident data can be filtered by clicking the blue “Filters” link on the top-left corner. You can also subscribe to receive email updates when new incidents are added to the system.

As Portland’s largest suburb, the City of Gresham has some catching up to do with other regional governments, in making comprehensive crime and policing data available in a user-friendly format. Monthly crime reports and maps are available on its Police Department website in .pdf format, but there are no annual summaries or detailed data for neighborhoods, and reports lag behind by several months.

Similar to Gresham, Beaverton publishes crime report documents on its Police Department website. However, they are much more up-to-date and specific, with reports for each neighborhood that show crimes for that month, along with year-to-date totals. In addition, Beaverton’s connection to CityProtect is active, so crime incidents can be viewed as a map.

In conjunction with crime data, information on policing strategies offers another lens on public safety and the effectiveness of law enforcement. In the Portland area, the City of Portland itself is most transparent. Here are some of the resources currently available in 2020:

Thinking of buying or selling a home? Our top 1% sellers and buyers agents are here to answer all your other home-buying, selling and relocation questions as well.

How Fast do Portland Homes Sell?