The National Housing Shortage Continues: How Does Portland Shape Up? 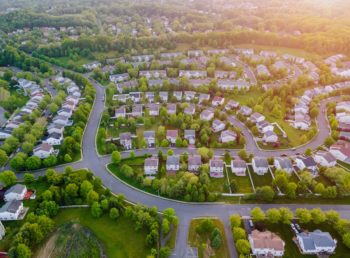 We’ve been talking about it for months now. With demand for housing, particularly for single family homes, through the roof, Portland has been struggling on the supply side. And we aren’t alone. All year and across the country, real estate markets struggled with a lack of existing home sales, all while demand for more space remained unabated.

The latest national numbers don’t show much change. This week, the National Association of Realtors released new information for May, and it shows the persistence of the current inventory problem. Existing home sales dropped 0.9% from April. It’s not a huge dip, but it does mark the fourth straight month existing home sales have dipped. That’s bad news for a market that desperately needs an influx of supply. Regionally, the West saw the largest decrease at 4.1%.

Meanwhile, demand shows no sign of slowing. The latest numbers from the Mortgage Banking Association show mortgage applications going up just this past week, in spite of rising interest rates. So how does Portland match up to these national trends? Let’s dive into Portland’s latest real estate data from May into June 2021.

Portland Inventory Hits Another Record Low for May

Our latest monthly RMLS data reports that inventory dropped again in May – not by a huge margin, but still making a dent in an already tight market. May’s number of 0.7 – the ratio of active residential listings for the month to closed sales for the moth – makes a record low, beating out the past two months. Back in January, we reported that 0.8 was the lowest number the RMLS had seen in its modern history. Well, May has already beat that number.

Now let’s talk new listings, which are crucial to solving the inventory problem. May’s new listings are down 2.3% from April. That might not seem like a huge number, so let’s put some things in context. We’ve been tracking new listings, because up to this point, they’ve been keeping pace with 2019’s numbers. (Comparing to 2020 isn’t particularly useful, given how anomalous the year proved.) Typically this year, new listing have kept up the pace with 2019, while active listings sat well below 2019’s level, suggesting that demand simply outpaced supply.

We’re not saying high demand isn’t still in play. But this is the first month since the beginning of the year that new listings haven’t stayed at the same level as 2019. In order to see a true solution to Portland’s inventory problem, new listings need to keep up with demand. A leveling out doesn’t spell good news for the short term, so we’ll be looking towards June and July numbers with the hopes of seeing more new listings hit the market.

You might expect active listings to drop based on the plateauing of new listings. But Lawrence Yun, chief economist for NAR, notes that many potential buyers may be squeezed out of the market, which could explain the slight uptick in active listings. Granted, there’s still an enormous gap between today’s numbers and 2019’s, so we’re still waiting on a big influx of housing to correct the gap between supply and demand.

Meanwhile, average market time hit another record low, decreasing to 22 days. While it’s typical for days on the market to be lower at this time of year, it’s still well below both 2019 and 2020 numbers.

Will June Show More New Listings Than May?

The full numbers for the Portland metro area won’t be in until next month. But right now there’s some evidence that inventory is moving in a positive direction. Our latest RMLS data puts inventory’s seven day average at 861 homes for this past week. That’s up from 644 this time in May, an increase of 33.7%.

That’s good news, as inventory should be going up this time of year, usually peaking in the fall. The number suggests that perhaps we are seeing inventory coming out of the trough it hit in early spring.

That being said, we’re still nowhere near where we were this time in 2019, or 2018 for that matter. (Again, since 2020 was such an anomaly, we’ll omit the comparison here.) This week in 2019, the seven day average sat comfortably at 1,886. That’s more than double our current number. And, that year inventory hit its peak in August at 2,032 homes. It would be nearly impossible to make up that kind of difference in the next few months.

The takeaway: June shows some home for improved inventory in the Portland real estate market. But it’s a long, uphill battle. We predict more of a slow recovery that will likely last into the fall.

Before we sign off, let’s check in on how condos are holding up in the Portland area. While condos downtown still struggle to attract buyers, condos in the wider appear to be closing the gap when it comes to buyer demand.

As you can see in the above graph, May’s numbers show that the gap between active and closed condos, once so large, continues to narrow. The ratio of active to closed condos currently sits at 0.76. In May of 2020, that number was 0.2.

It’s possible, given that the condo market has been more buyer-friendly than the single family home market, that folks who are getting squeezed out by the latter are turning to condos more. Keep in mind that the above graph considers numbers from the entire Portland metro area, not just Portland proper. It’s likely that more affordable condos are performing better than luxury ones right now.

Whatever the Market, Use a Trusted Real Estate Agent

No matter what’s going on in the Portland real estate market, you’ll want a trusted agent by your side to guide you. Our top team has the experience and expertise needed to get you the most out of your real estate transaction, buying or selling. Check out our our top 1% buyers agents or top 1% sellers agents today!

Top 5 Preventative Roof Repairs: What to Look For

Average HOA Fees in Portland 2021. Are your HOA fees too high?