What is a Portland Cape Cod Home Style? 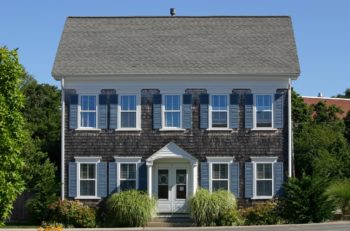 When you close your eyes and imagine the quintessential archetype of an American single family house, what do you see? If you find yourself envisioning a rectangular home with symmetrical windows and a chimney sprouting from the top, you may have encountered the Cape Code style. And you wouldn’t be alone in that. Across the country you’ll find Cape Cod style architecture, for good reason. Once a product of the harsh New England climate, this style became a staple of middle class American home construction.

Sound too cookie cutter for you? Hold out for the twists this story has in store. The West Coast is home to some of the coziest and quaintest aberrations of the traditional Cape Cod. On top of that, Portland played its own role in the style’s evolution.

History of the Cape Cod Style

If we’re really talking origins here, the Cape Cod style goes back as far as England. In the 17th century, settlers in New England built homes reminiscent of the English cottages of their homeland. However, some adjustments needed to be made because of the harsh winter weather. Accordingly, historic Cape Cods prize function over form. You can see how this played out first and foremost in one of the most recognizable features: the forward-facing, steep roof.

To cope with the heavy winter snows, steep roofs were necessary. Additionally, a central chimney usually anchored the home to a warm hearth. The second floor, underneath the steep roof, often housed boarders such as sailors. Thus the historic Cape Cods frequently designate the staircase as the “Captain’s stairway.”

As charming as these old, classic Cape Cod style homes are, you aren’t likely to find such originals in Portland. The reason being that they’re simply older than urban Portland is. So how did they make it across the country, then?

The Cape Cod, along with a series of other “Colonial” styles, saw a revival in the twentieth century. As the middle class rose, more and more households were in the market for solid yet affordable home plans. The revival began in the 1920’s with Royal Berry Wills, a Boston architect. He designed Cape Cod style homes across New England, re-popularizing the style against the forces of more modernist influences such as Frank Lloyd Wright.

After the Second World War, the Cape Cod took on an even more ubiquitous life. With soldiers coming home, starting families, and in dire need of housing, this style’s economical, functional design lent itself towards filling the housing shortage. The most direct evidence of this trend reveals itself in the Levittown, Long Island in New York – the so-called birth of the suburbs. Levittown was the site of the U.S.’s first planned community, and by that we mean rows and rows of Cape Cod style homes reserved for veterans. The community’s rules permitted only white families to purchase these homes, cementing their infamy for exemplifying the prototypical cookie cutter suburb.

How the Cape Cod Revival Transformed in Portland

If you’re starting to feel like this doesn’t sound like the Portland architecture you know, be patient. We all know Portland likes to take its own spin on things, and the Cape Cod style is no different. According to Washington State’s Department of Archeology and Historic Preservation, the revival took a “loose interpretation” of the style, meaning a lot of riffing. Breaking from formula, the Pacific Northwest emphasized the cozy cottage aesthetic. At the 1939 San Francisco Exposition, the Portland-based company Western Pine Association displayed a Cape Cod style model considered to be one of the finest examples of this. So safe to say that on the West Coast, at least, Portland made its mark.

Now that we’ve got a handle on its origins, what does a Cape Cod home entail, stylistically? Since the Portland iterations of this style can differ widely from what you’d find on the actual Cape in Massachusetts, let’s take a look at the classic characteristics first before diving into deviations.

Where to Find Cape Cod Style Homes in Portland

No matter what direction you head, you’ll run into fine examples of the Cape Cod style in Portland. On the east side of the river, particularly in Northeast, small and cozy Cape Cods make an affordable choice. But even in more affluent areas, Cape Cods with more square footage often peek out from the hills.

Curious about what’s for sale now? Check out this beautifully landscaped steal in Woodstock. Or, travel over to Multnomah Village to check out a recently remodeled Cape Code cottage. Whatever your style may be, our top 1% buyer’s team is here to find you the home of your dreams!

4 Reasons Not to Sell a Home Online to an iBuyer

How to Test Your Oregon Home for Asbestos