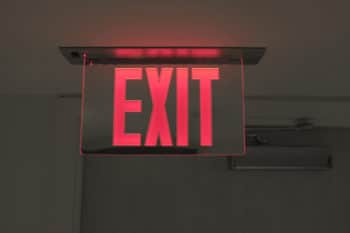 What has happened to Portland over the past two years in terms of population growth? While it may seem to reason that with all Portland has endured—social unrest and the riots of 2020 overlapping the pandemic—residents would have left in search of serenity or safety.

County by county research below was done by the fantastic PSU population center and results go through summer 21 and were just recently certified.

The Portland metro is often called the tri-county area and is made of up three counties: Multnomah, Clackamas, and Washington. Each county is bigger than the cities they hold, but all of the city of Portland can be found within Multnomah county (including Oregon’s fourth largest city, Gresham) and the rest of the suburbs can be found primarily within Clackamas and Washington counties.

There was a slight decline in Portland’s growth rate in years just prior to 2020 and now the Portland metro has an even slower rate of growth as a whole heading into 2022, with the city proper losing population.

Multnomah County (where the city of Portland proper lives) is still growing in population, despite everything, but the suburbs as represented by Clackamas and Washington counties, are growing faster. The greater Portland metro continues to be a place people move to.

Portland’s Population Growth Forecast, 2022 and Beyond

To see how the entire Portland metro area is doing, we took a look at the graph below, courtesy of Macrotrends. As we can see, there’s been a steady population increase since 2010 and it’s projected that Portland’s population will continue to increase for years to come, despite the decline in the rate of increase. As we speculated in our last Portland population update, it could be that we’re still in a holding pattern from the events of the past two years and we’ve yet to see how the pandemic will affect migration both in and out of the area from here on out.

This slowing down isn’t only happening in Portland, or even Oregon, for that matter. The U.S. Census Bureau recently released information showing that the entire country’s population grew by only 0.1% in 2021, the lowest rate since the U.S. was founded. They named contributors of this phenomenon as fewer international migrations and higher mortality rates due to the COVID pandemic, along with decreased birth rates.

Who’s Moving in and out of Oregon?

From the looks of it, Oregon is still a top pick for Californians fleeing their state. While Oregonians have expressed dissatisfaction with this reality in the past, not everyone is upset by it.

And according to data from the Oregon Employment Department and the U.S. Census Bureau, half the number of people who migrate to Oregon from California do the inverse, moving to California from Oregon. While some Oregonians are heading south, many are also heading north to Seattle.

As we wrote about this time last year, we expected condos to do better in 2021. And they did. While inventories for all types of real estate are still lower than they were before the pandemic and as we would expect this time of year, listings and sales slow across the board. But those that are listed are moving. In fact, Fidelity National Title’s Market Action Index shows condo sales in Portland are close to exceeding supply.

Now that the holidays are over, people are out and about again, home viewings are up 103.1% this week compared to last, as shown in the image below.

So, all indicators tell us that people are still moving to Portland and many are buying homes. We’ll be moving into spring before we know it. Between the natural warming in the market we always see every spring and continued population growth—no matter how slow, we can expect to see more and more homes listed and sold in 2022.

Thinking of Moving in or out of Portland?

If you’re considering moving to Portland or buying a different home within the Portland metro, our top 1% buyer’s team can help with all your real estate needs. Likewise, if you’re thinking of moving out of Portland or of upgrading or downsizing and staying put, our top 1% seller’s team can also help. With over 2,000 local sales worth of real estate experience in the Portland metro area, we’d love to put our services to work for you.