How Portland is Changing Gentrification 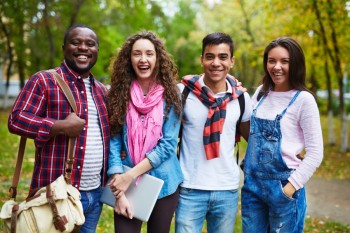 Most people define “gentrification” in two parts: First, the influx of middle-class or affluent people to a city triggers renewal, rebuilding and a gain in home prices and cost of living. Then, gentrification forces the previous residents out of the area altogether.

Portland is starting to changing that definition (we hope). As a city that has recently experienced more gentrification than any other over the past decade and a half (according to data recently released by Governing Magazine), we’re in a great position to do so! Gentrification doesn’t have to mean one group of people displacing another — more and more urban planners are coming out in support of the idea that it is possible to make room for everyone and “Keep Portland Weird”.

Take blogger Pete Saunders. As an urban planner with an eye on history, he describes compares Portland to cities like Philadelphia and Atlanta, which have also seen big population shifts and changes in their long histories. They’re not known as predominantly white or expensive cities because their process of gentrification was quite different from what happened in New York, San Francisco and Boston. “There,” he wrote recently, “the issues are rapidly growing unaffordability, concerns with displacement and growing inequality.” These issues are the dark side of gentrification everywhere, but that doesn’t mean they have to be the only way the story unfolds.

Portland’s story begins in North and Northeast, home to some of the city’s oldest neighborhoods. Historically diverse and working-class, the area was affordable yet still convenient to downtown Portland. Today, it’s one of the hottest parts of the city in which to buy real estate; young professionals flock here and innumerable shops, restaurants and cafes line the streets.

Unfortunately, Portland did largely fall victim to the gentrification pattern of displacement that Saunders refers to. Many black and working class families were priced out and moved to far east Portland and other neighborhoods farther out. The explanation, according to a recent Oregon Live article, lies in the fact that urban renewal in Northeast did not include much affordable housing and new businesses did not make up for the loss of jobs that existed under the old neighborhood model.

Now, city planners are trying to learn from these mistakes as they prepare for a predicted 750,000 people to move to the Metro area by 2035, Oregon Live goes on to say. In 2013, a complete report was compiled by Lisa Bates, a Portland State University associate professor of urban studies, with suggestions including giving subsidies to relieve climbing property taxes for homeowners who can’t afford them and encouraging affordable housing through financial incentives to developers. As Portland neighborhoods become more desirable, the article also points out, city leaders can pick and choose which businesses they allow in, giving favor to those who offer more jobs.

Is it working? It’s probably too soon to tell, but there are some hopeful signs. Neighborhoods like Cully in Northeast are taking proactive steps to maintain diversity and work with the city’s zoning and transportation policies to keep home prices reasonable. Taking a holistic view of gentrification allows Portland residents and planners alike to admit that there are good things about gentrification — like reducing crime, improving schools and improving livability in neighborhoods — that can be introduced while maintaining diversity in income and race across Portland.

Bottom line, Portland has not done well with this issue in the past and still today in many ways, but there are more and more signs that Portland can (and hopefully will) change.

Best Time to Sell a House in the Portland Market, 2016 Edition

Better to Sell or Refinance in Portland?