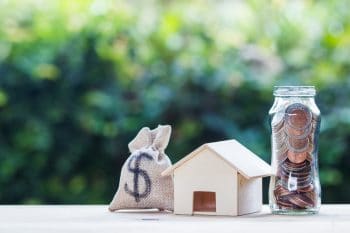 Most people can afford to pay 30% of their income on housing costs; more than that, and housing becomes unaffordable. The Portland affordability rate is different depending on whether you’re renting or buying.

According to the most recent census data, the median household income in Portland is $73,000 per year. For those households, the monthly housing payment should be $1,825/month or less. But, according to Zillow’s Rent Index for Portland, the average renter in Portland is paying $2,072/month — 14% more than the affordable level for median income earners.

By comparison, the median home price in Portland is $410,000 (according to the September 2019 RMLS report). Assuming a 20% down payment on that home, the buyer would pay about $1,551/month on their mortgage. For the median household income-earner, this represents about 25% of their income, less than the recommended 30%.

Even though the average sale price for a Portland home has gone up over the past few years (with a recent leveling off beginning 2018), it’s still more affordable in the long term to buy a home over renting in 2019.

Still, looking at median household income versus housing cost is a simplified view of affordability. And while the “median” by default means the income-to-housing balance at the middle of the pack, it doesn’t mean that the numbers scale down evenly toward lower income levels. In other words, if someone earns significantly less than the median income, they might have to spend much more than 30% of their income on their housing — especially if they’re renting. It’s one of the conditions exacerbating homelessness in the city of Portland.

Portland non-profit A Home for Everyone reported that in 2018, they served 8,700 individuals in need of emergency shelter. The population of those permanently or temporarily homeless has doubled over the past four years, according to their records.

New Portland affordable housing bonds will build nearly 1,800 units in Portland over the next several years, in addition to the 14,000 units that exist already.

Investments in affordable housing: No bonds or locally sourced funds in place, but the city does offer tax incentives and assistance with directing federal funding to developers.