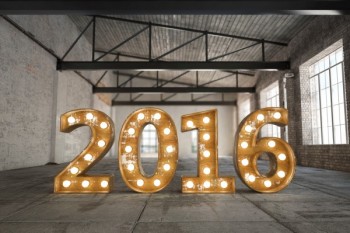 Four reasons why home prices will increase nationally in 2016:

1. Consumer confidence rates continue to increase without signs of slowing down.

2. Mortgage rates remain low and are not expected to rise quickly.

3. The threat of rising prices (and interest rates) will accelerate buying growth.

4. There are more jobs to go around, the unemployment rate fell in 2015 to around 5% nationally and is expected to continue to fall in 2016.

Four reasons why home prices in Portland will increase more than the national average in 2016:

1. Past evidence. The biggest housing gains were in the West in 2015 according to S&P Case Shiller Home Price Index.  Many housing analysts (like Zillow Research above) predict this will continue to be the case in 2016.

3. Exceptional population growth. Portland is growing fast, ranking in the top cities in the country. Portland State estimates around 50,000 new residents a year in Oregon until 2020. Over 50% of that growth will occur in the Portland metro area.

4. Exceptional neighbors. California and Washington metro areas have significantly higher average home prices than Portland and are also growing economically and in population. While both of our neighboring markets are doing well, it will continue to strengthen our Portland’s real estate market.

Summary: what can we expect home prices to do in Portland in 2016?

There are not a lot of big national research companies doing analytical predictions on just the Portland metro area (with Zillow Research being the exception). However, all the big firms are predicting a rise overall in home prices next year and a higher than average rise in the West. Zillow Research suggests Portland’s price increased in 2016 will be 3.4% higher than the national average. So I think based on the above and also on my on the ground experience as a top local agent,  we can expect anywhere from 5% to 8% increase in Portland housing prices in 2016.

If you are a Portland home buyer, now is the time. Winter is a great time to buy in Portland, sure inventory is down but there are less buyers per homes overall. Prices will increase starting as early as mid-Jan. and typically will continue to increase through the spring and sort of flatten out over the summer. Also mortgage rates are expected to slowly increase. Check out my top rated buyer’s team here.

If you are a Portland home owner, selling anytime between mid-Jan. to August 2016 should be no problem. However, I think the peak time of year to sell is April to May. (Look for upcoming articles on that in the near future.) Generally if you want to capture most of the appreciation that is going to happen in a given year in Portland, you can do so by May of that year. Check out my top rated home selling package here. In 2015, I sold over 50 homes in their first weekend on market and over 87 homes in their first 30 days on market. Let me put my experience to work for you.