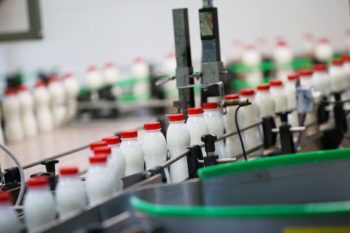 In what could be good news for Portland’s housing shortage, the former Alpenrose Dairy property in Southwest Portland might soon be the site of a new, 193 house subdivision. In August of 2019, Alpenrose sold to Smith Brothers Farms of Washington State. Since then, the fate of the 56 acre property on Shattuck Road has been uncertain.

In late May, however, the Florida-based Lennar Corporation submitted documents to Portland’s Bureau of Development Services, proposing the new development. Both the 2019 sale and the prospect of new housing elicited a mixed reception from the community. Most notably, many feel saddened by the loss of this Southwest Portland fixture. While the future of this huge property lies in doubt still, its past looms large and undeniable.

History of Alpenrose and the Shattuck Road Property

The Alpenrose Dairy was founded back in 1916 by the Cadonau family. One of the early co-owners named the company for a flower, the alpine rose, as a nod to her Swiss origins. So if you’ve ever picked up a gallon of Alpenrose milk without a thought for its trademark image – now you know to trace that image all the way back to the dairy culture of Switzerland.

Over the years, Alpenrose expanded from a small enterprise to distributing to a good portion of the Pacific Northwest. Despite their expansion, the company continued to prize community involvement. The Shattuck Road dairy property did more than pour milk into cartons. Rather, it became a local hub for community events and recreation, including such institutions as :

Despite what the spirit of Dairyville promised, however, the Alpenrose property couldn’t freeze the past. After the 2019 sale, the “public” areas slowly closed down one by one. Even these closures, though, didn’t mean the end of the story. The fate of the land lies in some complicated hands.

Sale to Smiths Brothers Farms and Its Aftermath

The sale to Smiths Brothers Farms, a family-owned farm based outside of Seattle, didn’t go through without its fair share of hiccups. The prospect of selling bitterly divided the Cadonau family. Eventually this led to a lawsuit in which three great-great-grandchildren attempted to block the sale and take control of the land. They lost the suit to cousin Rob Birkland, however, and Smith Brothers officially became the new owners … of the dairy business at least.

Here’s where things get really murky. After the failed lawsuit, a judge ordered the family into arbitration. No one besides the family and their lawyers know for sure exactly how that arbitration played out, as both sides have remained mum (and likely are legally obligated to do so). But what we do know is that while ownership of the dairy business – its name, its assets, etc – turned over to Smith Brothers, the family retained ownership of the actual land that is the Shattuck Road Property. Smith Brothers secured a two year lease on the facility and have continued to work it.

But it’s 2021 now, and that lease due to expire. Smith Brothers has expressed no disinclination to move, and the family members have made no public statements. One resident reported to the Portland Tribune that he believes two of the three complainants in the lawsuit have moved and are incommunicado. The third, Cardonau, received much press back in January after he was pepper-sprayed by Mayor Ted Wheeler during a confrontation over Covid-19 protocol. Since then, he hasn’t made any statements.

So it’s unclear who makes the decisions here – the Birklands or the Cardonaus. But it’s safe to say that the May paperwork signals that development of one kind of another is coming.

The Future of the Alpenrose Property

Whether or not May’s proposal makes it through the Bureau of Development Services, it’s pretty clear that the land and its use will change. Right now it’s just a proposal, and plenty of steps exist before groundbreaking. But the so-called public areas will not reopen.

What nearby residents can hope for, though, is a well-planned community. And there’s some positive news on that front. By all accounts, the proposal currently includes outdoor communal space and a trail connecting to the Pendleton Street Corridor. There’s no way around it: you won’t see the amount of space and the varied use of huge sports fields anymore. But concerned citizens at this point should focus their energies on advocating for other types of green space.

From a real estate industry perspective, such a windfall to Portland’s single family home inventory could spell good things for home prices. We’ve been harping on this since late last year, if you can imagine! The area’s high demand simply isn’t being met by the supply. And single family homes take the cake for the most desired type of home right now. We’ve seen the downtown condo market flailing while prices soar for standalone homes with yards. Even with the vaccine rollout charging ahead, the number of existing home sales across the nation has only fallen. Meaning, fewer owners are putting their homes up for sale, while more and more buyers enter the market. Therefore, we recently named new construction as one of several factors that could help curb rising home prices.

And 193 new homes is nothing to sneer at! Now, these wouldn’t be ready for a good while, given that the permitting process is only getting started. So don’t expect any change in the housing market in the next handful of months. However, long term, new housing could mean a boost in the Portland economy.

If you’re still getting used to the idea, take a trip down memory lane over at the Oregonian, who gathered together some great photos of the property’s history. Feeling more forward looking? Contact our top 1% buyers agents, who’re ready for your next move!

How to Test Your Oregon Home for Asbestos

What I Love About This Home – Zillow Section Removed