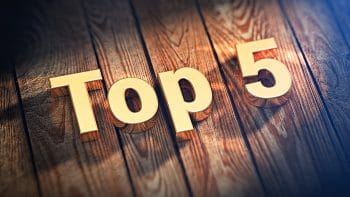 Should you buy a home in the Portland real estate market? There’s a wealth of conventional wisdom as well as new data that may be helpful in making that decision. From equity to quality of life, let’s look at the reasons to buy a home in Portland.

#5 Reason to Buy a Home: Home Equity is Handy

According to a recent report by the Oregon Office of Economic Analysis, home equity is by far the biggest source of wealth for the majority of American households. Until you get to the highest income brackets, you just don’t see people making any other major investments.

Like it or not, the system works. By keeping, an average, one-third of their assets in their principal home, American households find greater financial stability and the ability to move funds around when emergency needs come up.

Although only a percentage of homeowners end up refinancing or taking out a home equity loan, it does happen. Usually, home equity is put right back into the home through remodeling projects, but some homeowners also use the cash to go back to school or invest in a business. Making the decision to tap into home equity should not be taken lightly — but you don’t get to make the decision unless you’ve purchased a home and have put some equity into it.

#4 Reason to Buy a Home: Portland is Growing

Now, you skeptics may be thinking, “Investing in real estate only makes sense if the value increases over time.”
This is true! (See Reason #1) I’m a real estate agent, not an investment advisor, so I am not making any guarantees that home values in Portland will increase. In fact, there is a decent chance Portland home values will decrease slightly in the short term and increase significantly in the long term. I will provide the following figures and let the buyer decide (statistics from Metro, the regional governing agency):

#3 Reason to Buy a Home: Save on Taxes and More

Let’s say your Portland home doesn’t go up in value. Are there still financial reasons to be a homeowner?

The result is that there are numerous laws, mostly having to do with taxes, that benefit homeowners but not renters. These include:

Homeowners also benefit from other federal housing subsidies such as reduced rates on insurance and potential mortgage assistance for underwater homes.

#2 Reason to Buy a Home: It Beats Renting

Most renters have no recourse if their landlord decides they don’t want to rent to them anymore. In addition, if you already rent you know that the amount you pay tends to go up over the years, while the house or apartment you get doesn’t necessarily improve. According to Yardi Matrix apartment data, the average rent in the Portland metro area went up nearly 20% in the three-year period from 2014 to 2017. By comparison, in the same time period rents went up by 12% in the national average.

Even if you have to borrow up to 95% of the value of your home in order to make that purchase, your mortgage payments can be fixed over the 15-year or 30-year term of the loan. Though nobody should borrow more than they can pay back on a monthly basis, refinancing is often an option later on if for some reason things change and you can’t make that payment.

The best part is — you stay in the home as long as you want, make the improvements you need or want, and move when you’re ready.

#1 Reason to Buy a Home: Build Your Net Worth

Why is there such a huge difference? In Portland, homes have been gaining in value between 7-10% annually for the past few years; nationally, homeowners can expect to see a 3% gain in home values every year. Forbes.com breaks it down this way:

A vast majority of homebuyers take out a 30-year fixed rate mortgage to make a home purchase. After 30 years, there is no mortgage payment (nor rent payment). So the home price growth over that time period would be the equity that the homebuyer would have accumulated. For example, the median home price of a single-family dwelling in the U.S. thirty years ago in 1985 was $75,500. This year, it will be at least $220,000. That figure of $220,000 is the housing component of the person’s wealth. Even had home prices not risen, the person would still have $75,500 in wealth today – on top of not paying any further monthly mortgage after 30 years.

Numbers don’t lie. Unless increasing your net worth over your lifetime is not on your list of goals, long-term renting simply doesn’t make sense if you can afford to buy a home, especially in a strong housing market like Portland.