Is California Taking Over Portland? 2020 Update 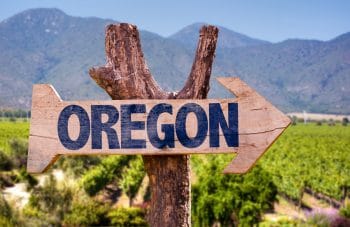 Anyone who spends much time talking to newcomers in Portland (and as real estate agents, we do a lot of that), will notice one thing over and over: There are a lot of Californians coming here!

Should we pay attention to this? Yes, real estate market trends and population dynamics are closely linked. But the story is more complicated than how many Californians are coming here. In other words, Portland’s population is changing in many ways, and it’s not all about California!

It may seem that outbound Californians are targeting Portland, but it’s simply not true. Given that Portland is the largest population area in the entire state, says the Oregon Office of Economic Analysis, it makes sense that a high percentage of migrants would move here. In a rainstorm, a bucket collects more water than a wine glass. Portland isn’t getting a disproportionate amount of migrants from California. In fact, a large number of Californians who move north end up in Southern and Central Oregon, and they move to those areas at approximately the same rate as they move to Portland. Put another way, it’s raining Californians across the state of Oregon.

2. Oregon’s Economy Depending More on In-Migration

Some may not like to hear this, but Californians do, in fact, “make it rain” for Oregon. We need more people in the state if our economy is going to continue to grow. Portland State University’s Population Research Center found that in 2019, the number of people born in the state was barely higher than the number of people who died. That means the population would not be growing if people didn’t move here! New residents increase the labor pool for businesses (and in a state with very low unemployment, that’s a good thing), drive consumption of goods and services, and increase our tax base.

No, Oregon is not entering a time warp in 2020 where everyone turns 70 overnight. We’re talking about the fact that the state has a “Silver Tsunami” coming: A wave of current residents who are about to retire. On the other hand, “migration is for the young”, says Oregon State Economist Josh Lehner. The vast majority of people moving into the state — including from California — are under 45. To keep a young population, who can provide care and services to our seniors (and baby boomers in a few years), we need in-migration.

Swimming Pools: A Portland Liability in 2020