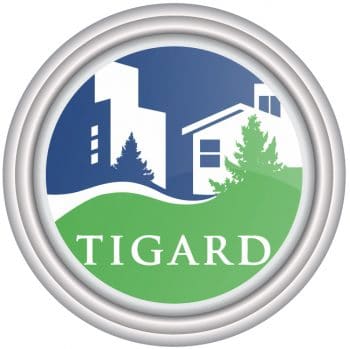 Getting to the West Hills and suburbs southwest of Portland is going to be easier in a few years, thanks to a new MAX light rail line. The line will transform what’s known as the Southwest Corridor — Barbur Boulevard/Highway 99W going out to the cities of Tigard and Tualatin — with commercial development. And, if a coalition of Portland and Tigard planners get their way, there’ll be new housing to go along with it.

The twelve-mile, yet-to-be-color-coded Southwest Corridor extension of the MAX system will be the longest line built since the completion of the Blue line in 1998. If all goes according to plan, the line will open in 2027 for a price tag of $2.7 billion, carrying 43,000 passengers a day. That’s more than a third of the MAX system’s current total ridership!

Where are all these riders coming from? For years, people have been buying homes in Tigard, Tualatin, and surrounding suburbs and commuting the Portland, where housing is not as affordable. By 2035, the transit agency estimates that the Southwest Corridor will add another 75,000 residents. Not only will there be more people living in the area, but building the MAX line could displace up to 12,000 low-income households currently living along the corridor, according to Sightline Institute.

Typically, when a light rail line is put in, real estate values tend to go up in that part of the city. Development along transit corridors tends to raise the overall property values for both residential and commercial real estate. Although the Southwest Corridor plan is not yet complete, it will most certainly include commercial development — shops and restaurants to serve the MAX riders who come to the Corridor.

This is good news for people who already own a home in this area by 2027, but it could make it more difficult for renters to stay, or for first-time homeowners to buy once the light rail line goes in. But the creators of the Southwest Corridor Equitable Housing Strategy believe there is a way to have both economic development and affordable housing along the rail line.

Adopted by the Portland City Council in the fall of 2018, the Strategy calls for up to 2,300 new affordable homes to be built along the Corridor, allowing the city to “get ahead of speculation and market pressures to help ensure there are still housing choices available when the light rail comes.”

Meanwhile, what should home buyers and and owners in West Portland, Tigard and Tualatin expect in terms of real estate values? It’s always difficult to predict the market, but there’s good evidence to support the assumption that a light rail line will boost home values, at least temporarily. In 2015, the MAX Orange Line was extended to Milwaukie, Oregon. In the following year, the city became the ninth-hottest real estate market in the country, according to Realtor.com. However, since then, the market has cooled a bit for Milwaukie homes. It is most likely related to the broader Portland real estate market cool down.

Curious how changes in Portland are effecting your home’s value? Would you like a professional home value estimate? Contact our top 1% Portland listing agents today.